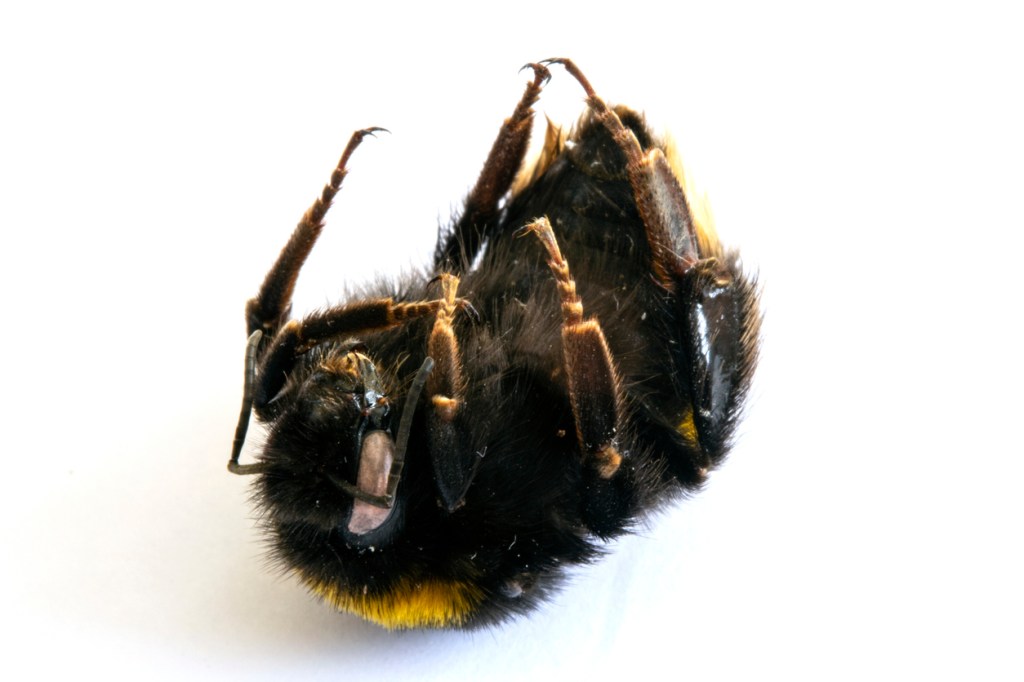 I’m sure you all have heard this by now, but Europe is getting absolutely dominated but a suffocating heat wave. The United Kingdom saw its all-time heat record broken with a temperature of 104.5 degrees Fahrenheit. Until this heat wave, the previous record for the hottest temperature recorded in the UK was 101.7 F. 29 places in the UK broke that record on Tuesday.

Elsewhere in Europe, the heat wave has led to 1,160 heat-related deaths in Spain and Portugal alone. Things are bad and getting worse. And this is on top of a surging fuel prices and a grain shortage caused by the ongoing Russian invasion of Ukraine. I mention that because we’re here to talk about male bees ejaculating themselves to death because of the heat wave, and that means a LOT of crops aren’t getting pollinated…

A story published by the University of British Columbia a while back outlined how male bees ejaculate themselves to death when dealing with excessive heat waves. Here’s what Dr. Alison McAfee at UBC’s Michael Smith Laboratories studying bee health says happens when male bees encounter suffocatingly hot temperatures such as these.

“When drones die from shock, they spontaneously ejaculate. They have this elaborate endophallus that comes out and is about the size of their own abdomen. It’s pretty extreme.

We know that after six hours at 107 F degrees, half of drones will die of heat stress. The more sensitive ones start to perish at two, or three hours. That’s a temperature they shouldn’t normally experience, but we were seeing drones getting stressed to the point of death.” (via Focus / UBC)

What a way to go out…

Bees defend their hives which are naturally kept at/around/below 95 degrees Fahrenheit. When temperatures get above that, bees will go find cooler water and flap it onto the hive with their wings in an effort to cool the hive down. But after enough exposure to the heat, male bees will just spontaneously ejaculate themselves to death.

This heat wave could wipe out half of the drones (male bees) who are just left on the ground looking like their insides were ripped out when in reality they’ve spontaneously ejaculated themselves to death.

According to a report from 2019, bees “are worth around £691 million a year” for the work they do in pollinating crops. Losing half of that would almost certainly mean a much bigger expense because farmers would be scrambling to figure out what to do without the natural pollination all because millions of bees ejaculated themselves to death because of a heat wave.

To read more on that research from Canada done a few years ago, you can click right here.