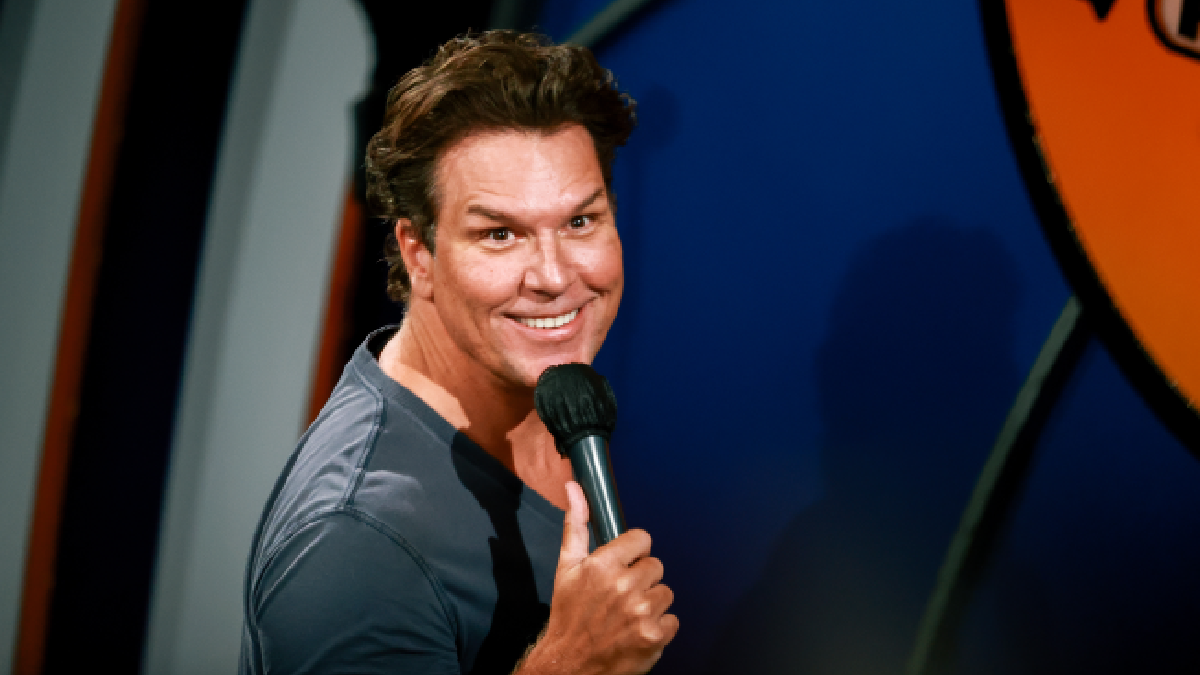 There was a time when Dane Cook was the biggest comedian in America. He was only the second comedian ever to sell out Madison Square Garden after Andrew Dice Clay. Dane was appearing in major Hollywood films and printing cash for a while.

Then all of that fame seemed to come crashing down like a mudslide. This story from comedian Steve Byrne perfectly captures the essence of Dane Cook in that era despite what Dane says in the story below. Cook didn’t think the industry was big enough for two comedians.

Flash forward to present day and Dane Cook has had a lot of time to reflect on his success as well as change his ways. Or so he says. And here he sits down with Steve-O to discuss the animosity he felt back in 2010 from other comedians. Dane Cook then explains his pivot to becoming a mentor of other comedians.

Dane Cook Explains The Hatred He Felt From Other Comedians

Dane Cook: “Okay, so 2010… The quick version was like I’d gone through the death of both of my parents right around ’05/’06. And then I go through this terrible situation with my brother. I had to put my brother in prison for… let’s just say ‘bad management.'”

Scott Randolph: “Yeah, we didn’t want to bring it up.”

Dane Cook: “Yeah, that’s okay. If I bring it up it’s like I’m cool to talk about it, kind of thing. And then I went through the cooldown of my period… Everything was coming like the ‘period of cooldown’ in a career and that was at the end of it.”

“Then I was also getting smashed by comics that now I can say, at 50, what I probably couldn’t say then without looking bad… Like, a lot of jealousy, a lot of animosity, that I at a young age was famous, hanging around with beautiful women, rich, and there was a lot of… And I learned years later and I can actually confirm that a lot of these same people came to me years later and was like ‘I was just really f–king frustrated, I wanted to have more of what you had.’ Anyways…”

Steve-O: “I mean, dude, you were selling out Madison Square Garden.”

Dane Cook: “It was a 10-year run, man. It was a 10-year run of like everything I could have wanted to have happen in teh world of stand-up and then all these things beyond it. And by 2010, I was like ‘you know what, I never want to do to other comics (especially)…’ Because I love comedy and comedians but I was so hurt by them… I was so f–king let down in some ways by the Comedy community.”

“Not the guys I came up with. I came up with Burr, Patrice, Gulman, Bobby, Kelly, like I had a pod of love from the graduating class. But beyond it there was so many preconceived notions of who I was and I was getting… At first it was a little fun because you’re kind of like ‘ooo, I’m the target.'”

“And then it got kind of ugly and then things were like unnecessarily pinned on me. By 2010, I was so hurt and disenfranchised that I was like I could either go into myself and just take what I’ve earned and go somewhere and be like ‘f–k everybody’ or I can just for the next generation of comics not be that which was to me.”

And that was a major moment in my life where I truly felt after talking to him (Steve-O) and a couple of times later being like ‘I’m going to do this for everybody I can.’ I made myself available as… I’m not quite a mentor, I’m not at that age yet, but like, I’m not going to f–king reject anybody the way I’ve been rejected. And I don’t to this day. And that’s why we (him and Steve-O) got to cheers on it last night to be like… dude, we overcame a lot of slings and arrows to be in a very healthy and well-adjusted spot.”

At no point in any of what Dane Cook said did I so much as hear a hint of ‘I was an a–hole.’ Dane Cook started the segment by saying other comedians hated him because he was ‘rich and hanging out with beautiful women.’

But this story from Steve Byrne tells the reality of Dane’s behavior at the time in the industry:

Steve Byrne: “There was an incident within the comedy community that kind of became a big thing for a while. So, I moved to Los Angeles in 2004, Dane is blowing the f–k up.”

“The word gets out ‘this new guy from New York, he’s pretty fun, it’s cool.’ It’s (all) going great and then I’m not getting booked on that comedy show anymore. And this guy Jay Davis booked it. And I called Jay I’m like ‘what’s going on, is something wrong or whatever?’ and he’s like ‘yeah… yeah… Dane’s got an issue with you. He doesn’t want you on the shows anymore.’”

Essentially what happened is I went over and I said ‘what’s your issue?’ and he said ‘I feel like you’re stealing my essence.’ And I was like ‘what?!?’ And Dane was like ‘you’re taking my essence with you on stage.’ And I’m like ‘Dane, I work so hard. I’m not trying to be a sh*ttier version of you.’

He’s like ‘you’re doing… like, me.’ And I was like ‘I don’t see it at all, so I think we’re going to agree to disagree.’ And this was the moment I was like ‘ohhhh boy’, I don’t know if I’m talking to somebody who’s here (mentally).”

According to Steve Bryne, Dane Cook then said ‘maybe it’s not your time to be here.’ Steve asked what he meant and Dane Cook replied ‘maybe you shouldn’t be in Los Angeles right now.’ And then Dane proceeded to tell Byrne how he goes up to the top of the Hollywood Hills, closes his eyes, puts his hands out, and does deep inhalation/exhalation exercises and goes ‘I give the city (of LA) my energy and it’s energy is given to me from the city.’

Steve Byrne then bailed on the situation because he realized he was talking to a crazy person. That story was noticeably absent from Dane Cook’s story about why comedians hated him back in 2010.

Dane Cook also mentioned plenty of contemporaries but one name he didn’t mention as Dave Chappelle. That’s possibly because of this incident:

Dane’s much older now and appears to have drastically changed his ways. He doesn’t want to be called a mentor but that’s basically what he appears to be doing with up-and-coming comedians. It’s a great turnaround form a former heel.