Why Do We Have Middle Names When Almost No One Ever Uses Them? It’s Complicated 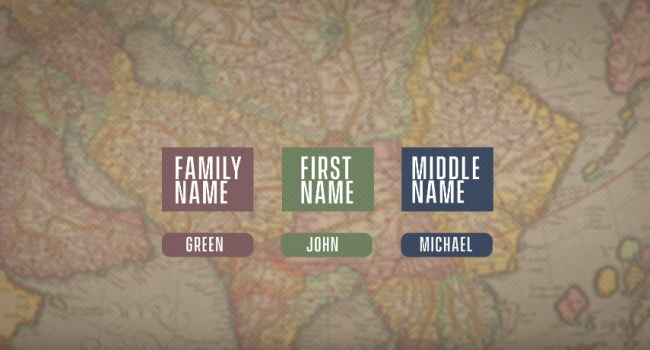 Have you ever wondered why we have middle names when almost no one actually ever uses them? I’m pretty sure that if I had not been given a middle name when I was born my life would not have changed whatsoever.

Is that how you feel too? My guess is, probably. So, what exactly is the point of having a middle name anyway? Here’s your answer and the history behind them.

According to Origin of Everything, social history author Steven Wilson notes that at first having more than one name was popular largely among the Italian elites in places like Florence, Perugia, Venice, and Rome. So it’s those dang Italian elites who we should be blaming for this middle name plague!

Well, hang on. In Gascony (that’s in France), having two first names came into play among the elite as early as the 11th and 12th centuries. Again with the elites. Stupid French.

Wait, let’s go back to Italy. By the 1400s in Italy, the well-to-do started to give kids middle names that were also saints of the Catholic Church. The logic there was that naming a child after his Saint would offer additional protection. Okay, so it’s all the Catholics’ fault.

Being the copycats that we humans are, by the 1800s all of the social classes began giving their kids middle names. This was partially done just so we could tell people with the same first and last names apart. Now we’re getting somewhere.

Middle names also served the purpose of being able to pass on a family name without, you know, making it a name anyone actually had to call you. And in some countries a person’s middle name connects them to their paternal lineage. This is very common in places like Russia.

Then there are cases like Spanish painter Pablo Picasso whose full name was 20 words long. Silly Spaniards.

There’s a lot more to it, but if you really want to know more then, by all means, please watch the video below.