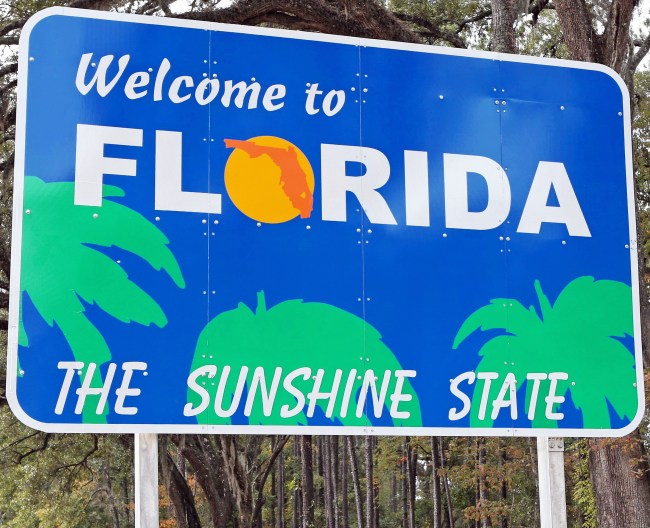 As a born and raised Floridian, I’ve grown in the belly of the beast and have been molded by a life of nonstop crazy Florida Man news. I’m also pretty well traveled. I have been to most states in America and I lived in NYC for nearly a decade (also Texas for a bit).

Why does any of this matter? Because I’ve witnessed batshit crazy things happening everywhere but if you happen to only follow the local and national news then it seems like Florida is the epicenter for all things crazy. In reality, isolated states like Hawaii and Alaska produce just as much craziness on a daily basis but Florida has some interesting laws that have led to the rise of ‘Florida Man’ news.

Before we get to this reporter’s solid explanation of why Florida Man news is so common and insane, I’ll throw in my own explanation. It’s because a massive portion of the Florida population is made up of impulsive people. A bunch of Floridians grew up in other states, visited Florida at one point on vacation (possibly during the Winter), decided to say ‘fuck it’ and move to Florida while leaving the ice cold winters behind. This impulsivity is something that’s impossible to track but it’s present in faces all across the sunshine state and something I’ve taken notice of throughout my entire life.

Now for the much more logical and fact-based explanation of why Florida Man news is so popular. As a response to the viral craze of Googling ‘your birthday + Florida Man’ to see what absurd news story took place on your bday, freelance writer/editor/reporter Jessica Misener breaks down how Florida’s shockingly progressive laws have led to the spike in Florida Man/WTFlorida news over the past few years.

This tweet is going around and as someone who grew up in Florida, I feel compelled to explain why it seems like there's so many *~crazy news stories~* coming out of there 24/7 https://t.co/Hrznzr6VXY

On my county’s website, for example, you can see everyone who was arrested in the past 24 hours with a click of a button. Mug shots, full names, charges, everything.

So if a local newspaper needs content, Florida Man stories are a gimme. A reporter can call the police department and ask for a full arrest report for any of those arrests, and almost always the police legally have to provide it. (Journalists in other states have it much harder!)

I'm sure scouring arrest records for "Florida Man" stories has been more than one Florida newspaper intern's full time job.

So that’s why you see so many stories about crazy stuff going down in FL, which start as local stories then get picked up by like, the Daily Mail.

(also, i mean… the humidity and meth don’t help)

The amount of transparency Florida grants the public into government proceedings is progressive, imo. I do think the access to arrest records of private citizens is the most questionable part of this law

Not only do reporters have virtually unfettered access to arrest reports but the police stations share these arrests freely and regularly. They print DUI’s in the Sunday newspaper in my hometown. Earlier this week I received a text message to a link on Instagram, it was a picture of a guy I went to H.S. with and his mugshot + arrest report from the local police station Instagram account.

Now, if you haven’t googled ‘Florida Man + your birthday‘ then follow that link and check out the latest viral craze that led to the explanation above.