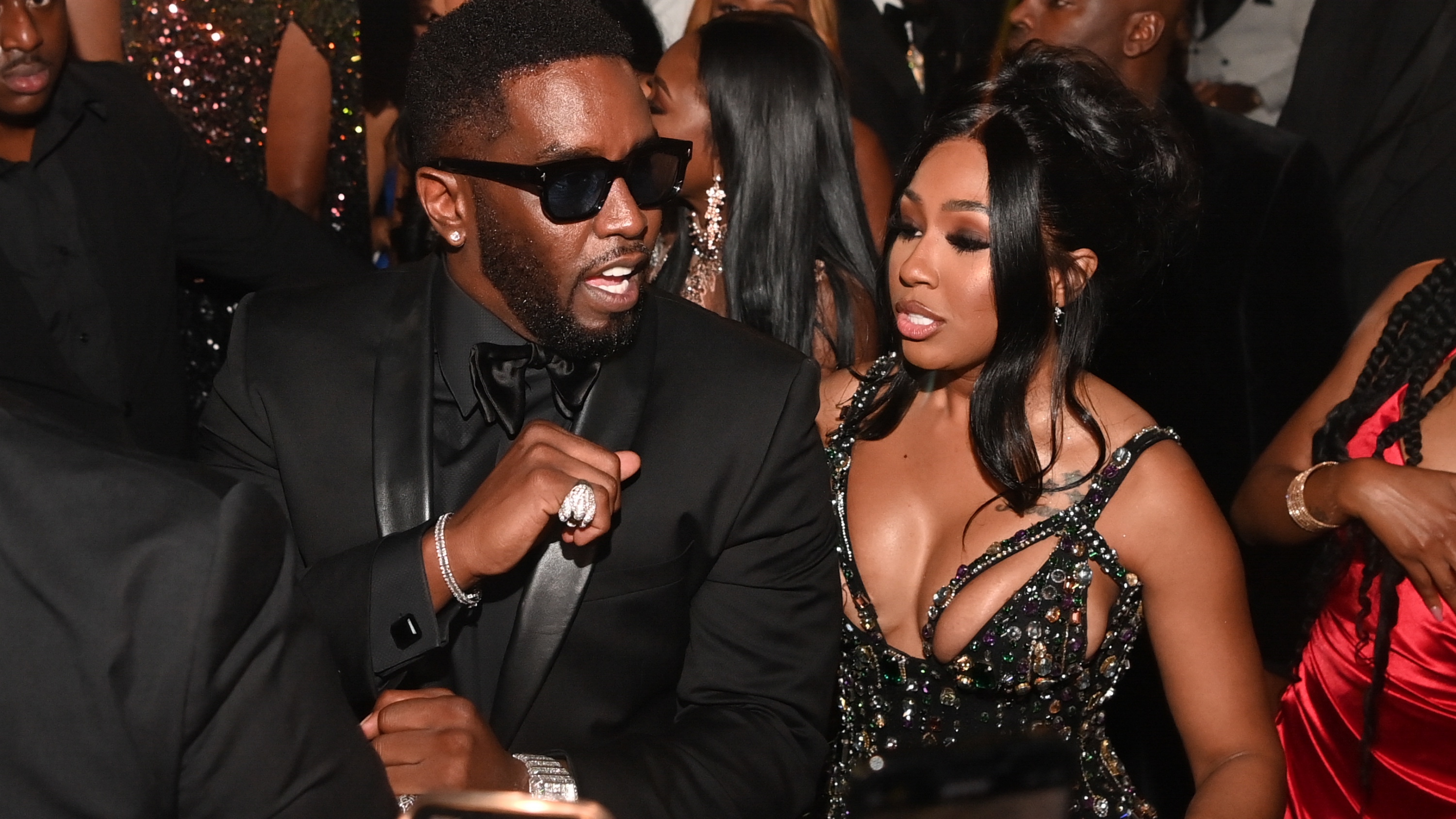 Shortly after the interview, ‘Pee Diddy’ began trending on social media after Yung Miami, whose real name is Caresha Romeka Brownlee, revealed way too much personal information about her bedroom life with Diddy.

Why Is Pee Diddy Trending?

Toward the end of the interview, Yung Miami and Trina played a game called ‘Take A Shot Of It.’ The gist of the game is one person pulls a card from a deck and they take a shot of Ciroc Vodka (Pee Diddy’s own vodka), if the answer to the question on the card is ‘yes’

Here is the viral moment that has caused ‘Pee Diddy’ to trend:

So this is why Pee Diddy is trending?!?

Caresha aka Yung Miami pulled a card saying ‘you like g*lden sh*wers’ and had to take a shot and admit to Trina that she likes those from Pee Diddy himself. Thus revealing waaaayyyy too much to the public about what goes on behind closed doors in their relationship.

Trina made her clarify she actually meant what she said. This came after Yung Miami was shy and said ‘damn, why did I pick this one?’ Her card said ‘take a shot if you like g*lden sh*wers’ and she followed it up with ‘I do’.

Trina clarified ‘like when the guy p33s on you? P33s on you everywhere, you like it?’ to which Yung Miami responded ‘I just like it.’ Trina’s only response was ‘you a freak, freak of the week.’

Everybody waking up smoking finding out why Caresha + PEE Diddy is trending 😂 pic.twitter.com/MQM51KdurC

This, in a nutshell:

Caresha when she wakes up:
😂🤣😂🤣 pic.twitter.com/jJV9HKM2fb

READ NEXT: How Much Diddy Is Allegedly Paying His New Baby’s Mama To Stay Hidden From Social Media