That Green Paste You’ve Been Eating With Sushi Isn’t Real Wasabi, Here’s Why The Real Stuff Is So Expensive 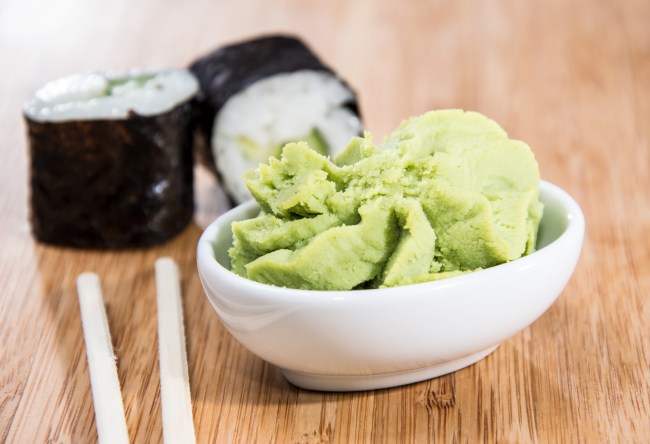 It was only about a year ago that I learned the green paste that’s served to you at a sushi restaurant is usually not real wasabi, at least not 100% real wasabi. There’s often some small amount of actual wasabi in the packet or green paste but it’s usually a mixture of several ingredients that Big Wasabi has convinced the world to associate as being wasabi.

Why aren’t we getting the real thing? Why is this industry serving us a product that’s something else entirely and telling us it’s X when it’s actually Y? These are natural questions to ponder and they’ll soon be answered.

Wasabi, like your Aunt Poppy who lives in Laguna Beach, requires a constant supply of fresh spring water to stay alive. It’s incredibly hard to grow because it’s such a needy and delicate plant, and there are only so many places on the planet that will sustain a plant like this. The end result here is scarcity which leads to a price hike across the world.

It also takes 18 months from the planting to harvest. And everything has to be done by hand. So in addition to it being a hard-to-grow crop, it’s also extremely labor intensive and it takes a long ass time to grow.

I’ve eaten at some of the best sushi restaurants in America and I’m honestly not sure if I’ve ever eaten real wasabi. I’m sure that it was inside of some of the rolls I’ve been served at places like Sushi Nakazawa in NYC but I probably didn’t even realize it at the time because the artificial stuff is pretty good at mimicking the flavor. That, or the times I was served real wasabi it wasn’t remarkable enough to catch my attention.