Why St. Louis Is An A++ Destination For Craft Beer Lovers 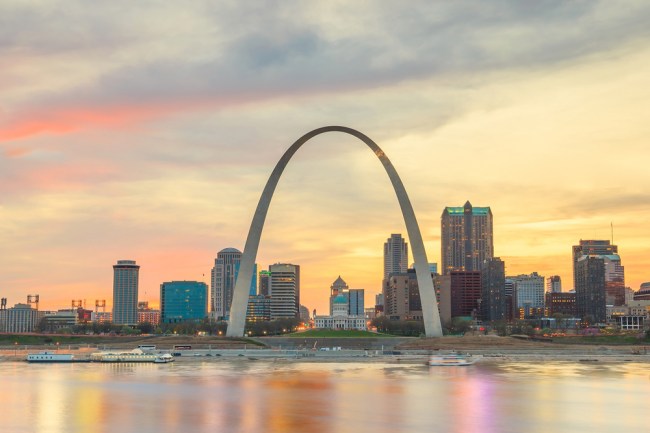 Every town, city or region has something that tends to help historically define it. Pittsburgh and steel, Austin and “weird” although I always think “breakfast tacos,” Seattle and grunge music, and of course there’s Delaware and nothingness.

You know that old chestnut: In 1809, John Coons opened first documented brewery in St. Louis on the current site of the Gateway Arch (presently the world’s largest mustache). Then in 1840, German immigrants including a spry fella named Adam Lemp helped start the foundation of St. Louis’ beer community, introducing lager-style beer to America. By 1860, there were 40 breweries in St. Louis producing 200,000 barrels annually. And in 1852, a dude named George Schneider established the Bavarian Brewery, which in 1869 became Anheuser-Busch – the big gun.

But that was then. What have you done for me lately?

Great question. It started in 1991 – around the time the Road Warriors were taking the then-WWF World Tag Team Championship from the Nasty Boys. That’s the year Dan Kopman and Tom Schlafly opened The Saint Louis Brewery’s Schlafly Tap Room, the first new brewery to open in St. Louis since Prohibition. Schalfly became kind of the granddaddy of the St. Louis craft scene and is still killing it today.

But then a funny thing happened in: In 2008, InBev bought Anheuser-Busch $52 billion and a lot of tremendous brewmasters hit the streets with wads of cash in their pockets and decided they’d open their own craft operations. The results spawned some amazing craft brewers that put Schlafly in good company and created a beer community that is rolling today.

The scene now boasts more than 60 craft brewers that you can explore through Explore St. Louis’s beer guide or the website of the St. Louis Brewer’s Guild – which puts on a very solid Brewer’s Heritage Festival each summer. The epic collection includes award-winning brewers like 2nd Shift, 4 Hands Brewing Co., Charleville, Brewing Company, Civil Life, Perennial Artisan Ales, Side Project Brewing, Urban Chestnut Brewing, Earthbound and the list goes on and on and on.

So what’s my point? This summer if you’re looking for a high-quality road-trip to sample a wide variety of outstanding craft beer, put St. Louis on the map. Then maybe hit up Delaware for some nothingness.