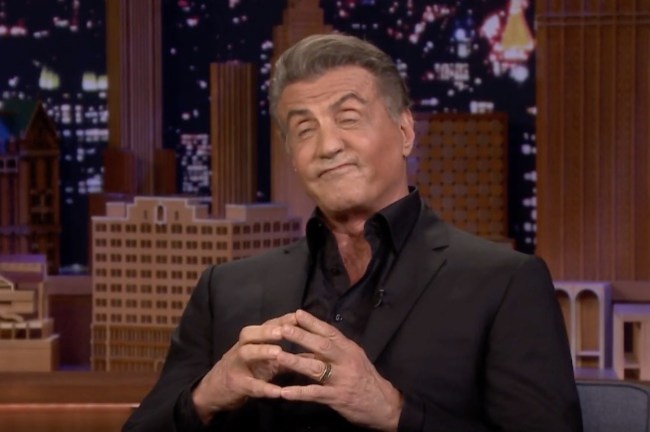 When Dolph Lundgren burst onto the Hollywood acting scene in the mid-1980s as Rocky’s nemesis Ivan Drago in Rocky IV he was beloved by movie fans but unwelcome by Rocky himself.

Now they’ve been friends for decades but it’s never been a secret that Sylvester Stallone hated Dolph Lundgren when they first met. I always assumed it’s because Dolph immediately started booking roles like Universal Soldier, Showdown in Little Tokyo and Masters of the Universe, roles that Sylvester Stallone would’ve been up for in the late 80s and early to mid 90s.

That wasn’t the case. Sly was just jelly. He was super envious of Dolph’s perfect muscle structure, blonde hair, and piercing blue eyes. Sylvester Stallone saw Dolph Lundgren as a perfect male specimen and he hated him for it.

Sly discusses that first meeting with Dolph on Rocky IV and hating him at first in this interview on The Tonight Show Starring Jimmy Fallon. In a second clip below, Sylvester Stallone also discusses Henry Winkler using Rocky Balboa as his inspiration for ‘The Fonz’, but first here’ Rocky talking about his early hatred for Dolph:

And here’s Sly talking about Henry Winkler channeling Rocky to create The Fonz, the character that would define Henry Winkler’s entire career as an actor.