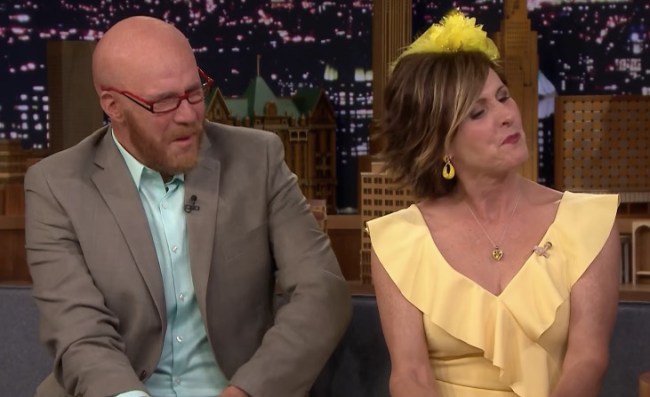 Will Ferrell and Molly Shannon will be reprising their legendary Saturday Night Live characters of Cord Hosenbeck and Tish Cattigan. They’re dusting off these old characters and taking them out of the closet for HBO where they’ll be hosting a special Royal Wedding telecast in-character this weekend with Prince Harry and Megan Markle (did I spell that right? Do I care?) get married at Windsor Castle.

Molly and Will Ferrell appeared as Cord and Tish last night on Fallon where they talked about their plans for the upcoming Royal Wedding and somehow they’re making this entire event worth watching. I had as much interest in the Royal Wedding as I do in crop reports until I saw this interview and now I think I’ll at least set my DVR to watch the Molly Shannon and Will Ferrell feed because these two comedic geniuses are dialed in right now:

I can’t say that I know much about the Royal Wedding other than the fact that it will take place this Saturday, and I only know that because I asked a friend who spent the last 5 years working in England if he was angry he’d just moved back to the States and is missing out on a month’s free vacation because of the Royal Wedding. He dropped the knowledge on me that the British people are actually getting screwed out of a free vacation day because this wedding’s on a Saturday which is already a bank holiday. If Harry and Megan had done the right thing and gotten married on a Friday, or any day during the work week, they could’ve hooked the entire country up with a free vacation day. Not exactly the chillest way to start your marriage, by screwing an entire country out of a day off.

The Cord and Tish special on HBO will premiere at 7:30am on HBO this Saturday and it will be broadcast live.

BONUS: The Best of Will Ferrell on ‘Fallon’