I’m In Awe Of This Doctor’s Note Winston Churchill Got So He Could Get Drunk In The U.S. During Prohibition 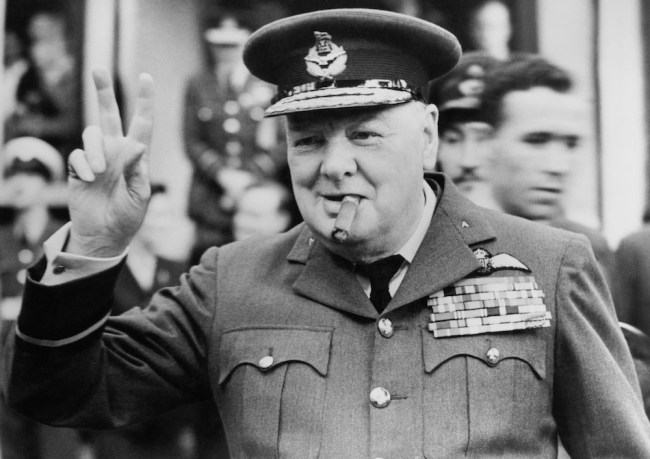 In 2014, Boston College football coach Steve Addazio instituted a revolutionary new coaching philosophy based on one simple concept: Being a dude.

What exactly is a dude, you ask? It’s tough to say, really. To steal a phrase from Chief Justice Potter Stewart in his landmark decision concerning Jacobellis v. Ohio: I know it when I see it.

Every once in a while, a man comes along that makes everyone stop in their tracks and say, “Damn. That guy is a dude.”

However, there aren’t many dudes in history who are more of a dude than Winston Churchill, a man whose days revolved around smoking cigars, drinking whiskey, and figuring out new ways to tell Hitler to fuck off.

He might not have been able to hack it as an operator of heavy machinery but his drinking habits didn’t seem to get in the way of acting as prime minister or being awesome at coming up with countless quips like this:

“When I was younger I made it a rule never to take a strong drink before lunch. It is now my rule never to do so before breakfast.”

I’m getting someone on Etsy to cross-stitch that for me.

By most accounts, Churchill didn’t let drinking get in the way of doing his job but there were some points where his job got in the way of his drinking.

This was the case in 1932 when he headed to the United States a year before the country would come to its senses and finally take care of that whole “Prohibition” nonsense.

Thankfully, he figured out a solution to his quandary in the form of a doctor’s note stating it was medically necessary for him to consume an “indefinite” amount of alcohol.

When someone asks.. what's the greatest get out jail free card you've ever seen https://t.co/mE24KRwMjZ

I'm showing this to my doctor the next time I'm in for an appointment. https://t.co/0Z8ouzSBk9

If I get a time machine, I'm booking an appointment with this doctor. https://t.co/nEhdi9nJj7