Brittney Griner’s WNBA Coach Says If She Was LeBron James, She’d Be Freed From Russia Already 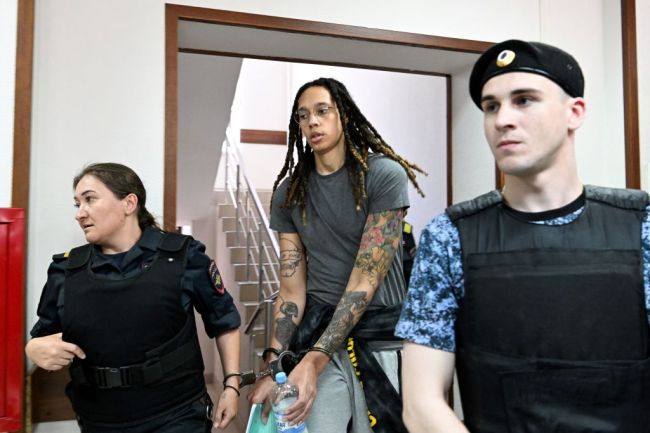 Speaking with reporters earlier this week, Vanessa Nygaard, the head coach of the WNBA’s Phoenix Mercury — the franchise that Brittney Griner plays for — said that if it was LeBron James who had been detained in Russia, he’d be free and home already.

Nygaard, 47 years old, says that Griner’s continued detention in Russia is a statement about the “value of women, a black person, and a gay person.”

Brittney Griner’s WNBA coach says that if it were LeBron James who was detained in Russia, he’d already be home

The 31-year-old former Baylor University standout has been detained in Russia since she was arrested for allegedly possessing cannabis vape cartridges back in February. In May, the United States government official classified Griner as “wrongfully detained” by the Russians.

On Wednesday, Brittney Griner’s wife Cherelle received a call from President Joe Biden, who reassured Cherelle that the U.S. is “working to security Brittney’s release as soon as possible.”

Earlier this week, Griner wrote a letter to the White House in an effort to encourage them to do more to help her situation.

“As I sit here in a Russian prison, alone with my thoughts and without the protection of my wife, family, friends, Olympic jersey, or any accomplishments, I’m terrified I might be here forever,” Griner wrote.

“Please do all you can to bring us home. I voted for the first time in 2020 and I voted for you. I believe in you,” she said.

While Nygaard’s frustration is understandable, her example is anything but, as LeBron James is not only one of the greatest NBA players in history (which doesn’t really matter in this context) but one of the most recognizable *people* — athlete, celebrity, politician, businessperson, or otherwise — in the ENTIRE WORLD (which absolutely does matter). Of course negotiations surrounding him would be different. Can the same be said about, I don’t know… Indiana Pacer’s center Miles Turner if he were in this situation? I doubt it.

RELATED: Brittney Griner Reportedly Only Had .7 Grams Of THC When Detained By Russian Authorities