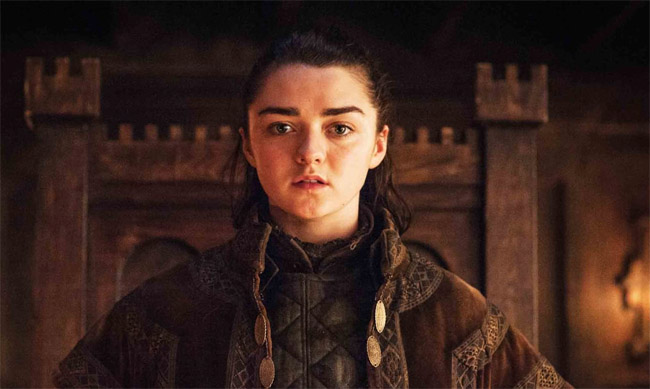 ‘The Wolf Girl’ is a short tribute to Arya Stark from The Garo Studios, and it drives home Arya Stark‘s claim to being the baddest chick in Westeros. Even when she was just a young girl and had nothing more than her trusty sword Needle but didn’t know how to use it, Arya had a cunning way about her. She overcame seeing her father’s decapitated head to become a deadly assassin, travel the world, and return home to finish off her kill list.

Sure, she’s not considered to be one of the 4 main power players in HBO’s Game of Thrones. That honor goes to Tyrion, Jon, Daenerys, and Cersei. Those are the four characters who get the most time devoted to them in the books, and in the show they’re the characters who seem to have the most influence in the actual game of thrones, and how it’ll all shape up before the series finale. Just because Arya might not sit on the Iron Throne when it’s all said and done it doesn’t preclude her from being the biggest badass in the Seven Kingdoms.