Woman Accused Of Sending 159,000 Texts To Man After One Date Doesn’t Understand Why She’s In Jail 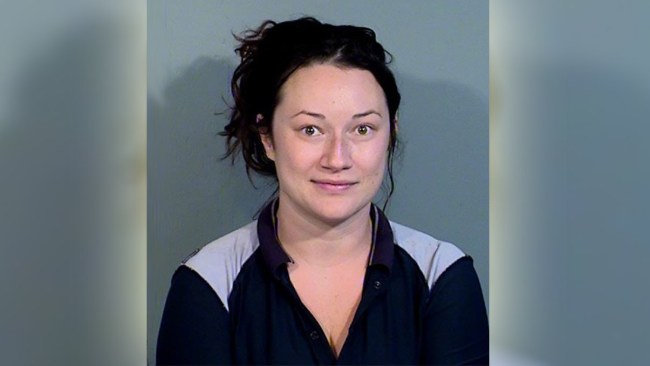 Jacqueline Ades, a woman accused of sending a man she went out on a date with one more than 159,000 text messages and breaking into his home doesn’t understand why she’s in jail. She also wants to go to trial because she believes that a jury will not only find her not guilty, they will insist that she marry the man she stalked.

In a recent phone interview with The Arizona Republic, Ades expressed disbelief that she’s been incarcerated since May 2018 after authorities charged her with sending thousands of text messages, many of them very disturbing, over the course of 10 months, ending with her arrest in the man’s home as she was taking a bath.

She maintained that her threats against the man’s life were jokes that she would never act on. She said the man responded to her texts for three months but stopped after she sent the threats. Ades said she threatened the man after a fight with her mother and took out her anger on him.

“I said, ‘If I had a perverted imagination, what would I think?'” Ades said. “And then I wrote all these weird things. Just, like, I was literally playing with my imagination and it turned out that that scared him.”

Ades, who was deemed mentally incompetent at a Rule 11 hearing in March, amazingly, could have actually been released from jail several months ago, according to her attorney Matthew Leathers, if she had just accepted a plea deal which included time served, 10 years probation, and being barred from contacting the victim.

But Ades told The Republic she refused to take the deal because she didn’t believe it was real. She thought it might be the victim’s way of testing her resolve, she said.

Ades said she wants to go to trial, where she’s positive the jury will not only find her not guilty, but will order her and the man she’s accused of stalking to marry her.

“They’re going to say, ‘You’re not guilty and on top of it we, like, demand that you two get married,'” Ades said.

Ades had previously stated that she met the man on Luxy, an “Elite Dating and Upscale Matchmaking Site for Sophisticated Singles,” and that she “would most likely would move back to Florida once she was released and go to school to become a Pilates instructor.”

Ades’ next hearing is scheduled for May 21st.