Woman In China Hasn’t Slept In 40 Years, But Somehow, She’s Still Not Tired 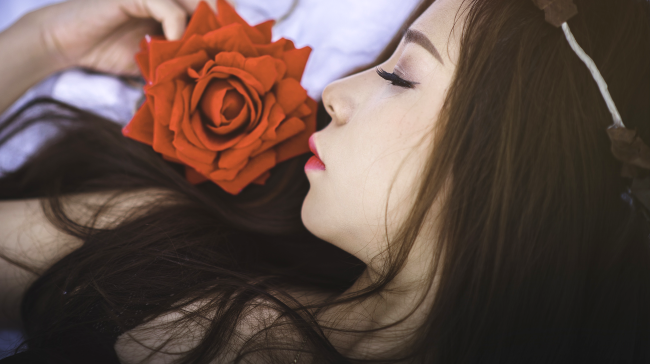 Li Zhanying, a woman who lives in a rural village in Zhongmou County, Henan Province, China, says she hasn’t slept since she was just 5 or 6 years old, an amazing 40-plus years.

Just imagine how much you could get done with that much free time. You would be really tired, if not dead, though. Which is why it’s even more amazing that Zhanying also says she isn’t tired.

She’s telling the truth, too. At least according to her husband of 20 years and others who know her.

Her husband, Liu Suoqin, says that when he and Zhanying were first married, according to BastillePost.com (via Google Translate), “he quickly learned that she worked all day during the day and was still in good spirits at night and continued to work ‘different from ordinary people.'”

Suoqin recalled waking up in the middle of the night early in their marriage only to find that Zhanying was still awake.

“I can’t sleep!” she told him. Little did he know…

His first thought was, naturally, that his wife was just suffering from insomnia, so he bought her some sleeping pills. They didn’t work. And yet, she still didn’t act or appear tired.

Neighbors, hearing of her ability to never sleep, put her to the test one night by staying up late playing cards. She was, as usual, the last one standing, still energetic while the rest of them were eventually exhausted.

In an attempt to find the secret of not sleeping, Li Zhanying sought medical treatment many times. When she was diagnosed at the Sleep Respiratory Center in Chaoyang, Beijing, she finally revealed the truth about her “not sleeping”.

When the medical team at the sleep center put a monitor on her wrist for 48 hours to see how her body reacted to a complete lack of sleep they made a fascinating discovery.

It turns out that she actually “slept” more than the average person, but she was still wide awake. What?! She didn’t spend more than 10 minutes in bed with her eyes closed during the 48 hour montioring period.

In fact, at one point, the monitor said that Zhanying was asleep, but when the medical professionals checked in on her with their own eyes they saw her talking to her husband.

Experts can only interpret this phenomenon as “sleep when awake.” Just like sleepwalking, Li Zhanying’s body parts of the nerves and organs are still active during sleep. Therefore, they said that Li Zhanying was actually deceived by his own brain. When she was resting, part of her body had already entered dormancy, and the human body did not have to “close your eyes” to sleep in order to sleep.

Wild stuff, but it gets even wilder. According to the medical team, Zhanying’s “sleep quality” is actually higher than that of the average person.

She may have, as her husband put it, “slow eyeballs and hollow eyes” during her many microsleep sessions, but according to a study published in NeuroImage, the parts of the brain responsible for paying attention actually increase during these “awake naps.”

Her only problem, according to the sleep center, is a psychological one, in that her brain is always telling her that she’s not getting any sleep. Which, as everyone knows, can be very frustrating.