What Does A 50-Year-Old Can Of Coors Banquet Taste Like? A Woman Honored Her Late Husband By Cracking One To Find Out 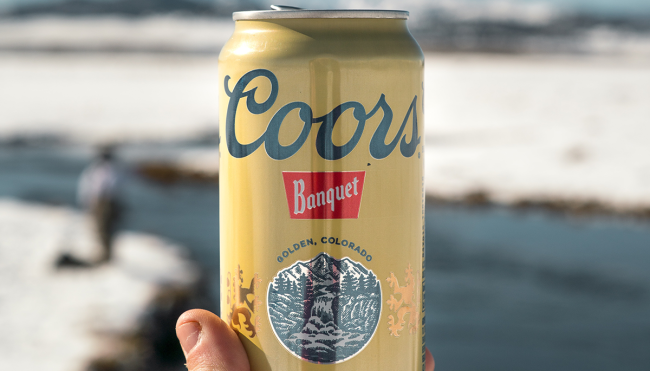 Last month, I got the chance to pop open a few 15-year-old beers with Sam Calagione, the founder of Dogfish Head Brewery. During the tasting, he explained the factors that make certain brews more conducive to aging, and while the darkness of the malt and the acidity of the liquid play a role, Calagione said a beer typically has to be rocking a minimum of 10% ABV to be a worthy candidate.

As a result, the vast majority of beers that improve over time tend to be boozy stouts and barleywines as opposed to mass-produced lagers like Coors Banquet. Now, I wouldn’t dare besmirch one of the best cheap beers money can buy, but I also wouldn’t sit on a can of the 5% ABV macro for years on end in the hopes it would magically evolve into a mind-blowing elixir.

However, that’s exactly what one South Dakotan woman did after she and her husband picked up an eight-ounce can of Coors Banquet during a trip to Colorado shortly after getting married in 1971. At the time, the beer could only be purchased within the confines of the state’s borders (a reality that inspired the central plot of Smokey and the Bandit), and Ed and Diane Nesselhuf decided to set one aside and made plans to open it when they celebrated their 50th wedding anniversary.

According to KCAU, Ed passed away following a battle with lung cancer in 2016, but Diane and her son Ben decided to pay tribute to him this year by cracking the 50-year-old brew and giving it a try.

While they’d braced themselves for disappointment (and a bout of botulism), the duo discovered the Banquet had actually held up pretty well, with Diane saying, “I thought it would be full of crap, but it was good.”

I’d like to thank them for conducting this experiment so nobody else had to.