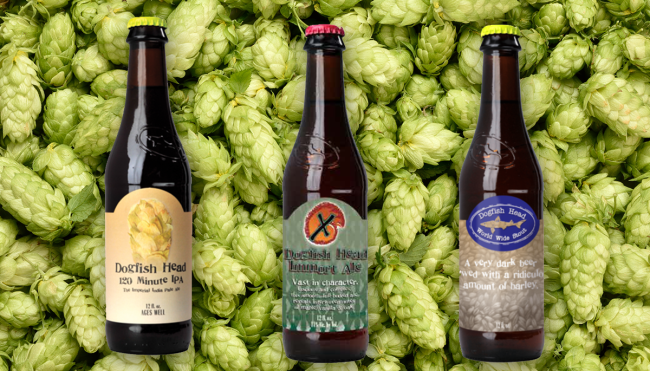 When I shared the origin story of the caps that sit atop the booziest bottles of beer Dogfish Head has to offer, I implied they probably would’ve come in handy the first time I got blindsided by a four-pack of the brewery’s 90 Minute IPA during one of the first steps on my craft beer journey.

However, as I also mentioned in that article, I failed to take heed of those cautionary caps when I had the chance to pop open a few beers dreamed up by brewery mastermind Sam Calagione on one of the more aggressive Monday nights I’ve had in recent memory.

Dogfish Head was kind enough to invite me to a virtual tasting with the founder featuring a lineup of adult beverages that showcase how the brewery has evolved since it opened up its doors over 25 years ago. While I normally try to behave myself in situations like this, my restraint got absolutely defenestrated when I opened up a care package containing three beers stamped with the day they were bottled…in 2006.

The bottles were procured from “Sam’s Stash,” which Calagione describes as a “library” located inside a steel cage at the Milton location that was the only brewery in Delaware when it started operating in 1995. As a result, I could’ve exercised some moderation, but I simply couldn’t stand the thought of dishonoring the “liquid time capsules” brewed (as Sam noted) “the year Dick Chaney shot his buddy in the face” by not drinking every single drop of the 15-year-old nectars.

Thankfully, I had the foresight to record the conversation to give me the ability to pass along the wealth of knowledge he shared in regard to creating beers that are designed to sit on shelves for years on end before living up to their full potential. While ABV isn’t the only factor, Calagione said most beers have to hit the 10% threshold to be good candidates for aging—a bar all three of these beers hopped over with ease. 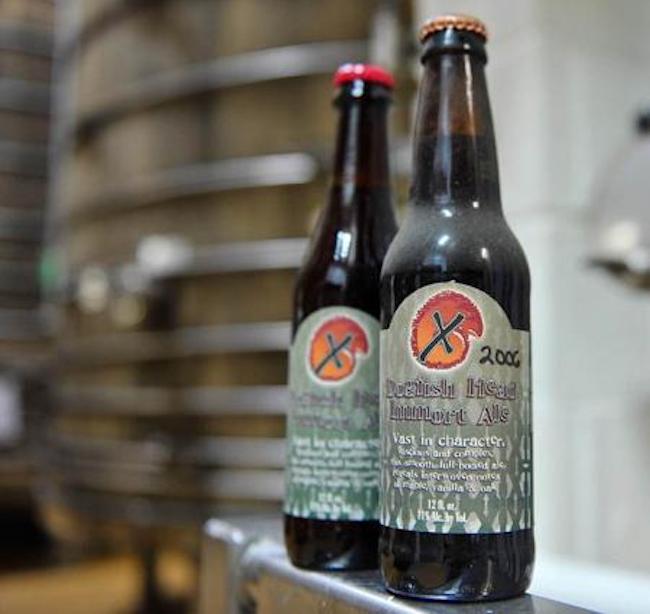 We kicked things off with Immort Ale, a spiritual cousin to barleywine first brewed in 1997—an inaugural batch featuring maple syrup from the founder’s family farm, peat-smoked barley sourced from Scotland, and hand-crushed juniper berries and vanilla beans. Those nods to scotch and gin created what Cagalione described as a “beer cocktail” designed to be aged almost indefinitely (hence the “Immort Ale” name).

If there is an expiration date, it’s definitely more than 15 years. It has a leathery smell and the requisite smoky taste imparted by the peat, but the bolder aspects don’t overpower the sweetness and fruitiness provided by the other ingredients.

The 11% ABV makes it conducive to aging, but Cagalione also notes it possesses a necessarily robust maltiness that contributes to the oxidization process responsible for its evolution. There’s also the resilient nature of juniper, which gives the ale the bitterness traditionally provided by the hops that fade over time.

Cagalione describes early batches of Immort Ale as “a rebellious teen; rough, unexpressive, and disjointed in its youth” before getting its act together as it matures—and I can safely say this one became a model citizen other beers should aspire to. 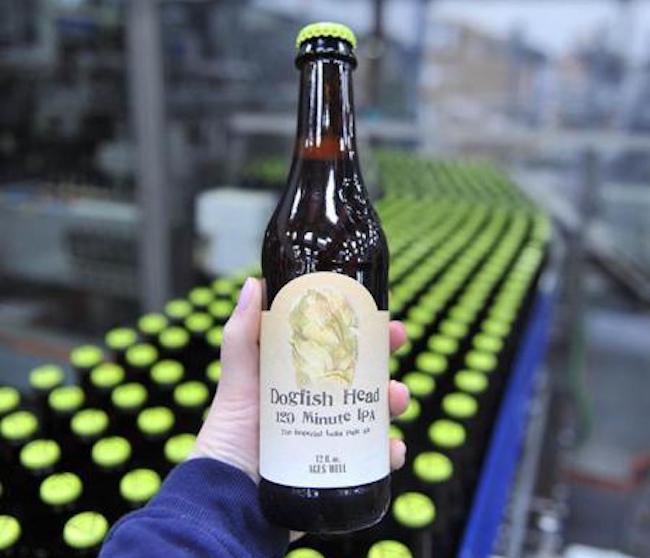 In 1999, 90 Minute became the world’s first “continually-hopped” ale after Calagione purchased a vibrating electronic football game he converted into a machine that now sits in the collection of the Smithsonian. Feedback from lightweights like myself who found it to be a bit overwhelming eventually led to the creation of Dogfish Head’s flagship 60 Minute IPA—but the brewery also went in a very different direction with the incredibly bold 120 Minute.

The delicate nature of hops means most IPAs are best when consumed shortly after being brewed, but that is decidedly not the case here. In fact, Calagione purposefully designed 120 Minute to hit its “sweet spot” after spending 10 years in the bottle. When stored in a dark and cool place, it undergoes a radical transformation as it develops a dramatically darker color and the hops recede to create an essence he nailed with the description of “orange marmalade.”

I was curious what made 120 Minute one of the rare IPAs that should be aged. Calagione noted that even though hops are viewed as a preservative, they’re the least important factor when it comes to a beer’s shelf life compared to the Holy Trinity of Aging: ABV, the darkness of the grains, and the acidity (in that order).

It might be a long wait, but it is certainly worth it. 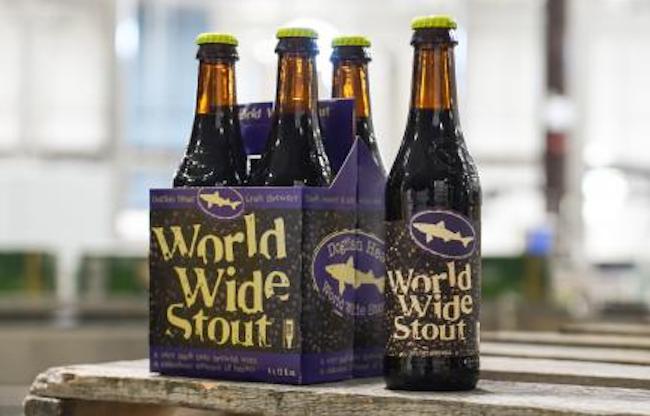 We wrapped up our journey with a beer you’d actually expect to age very, very well: World Wide Stout—and that is indeed what happened.

When it was first brewed in the winter of 1999, World Wide Stout was marketed as the strongest beer in the world (although Sam Adam’s Jim Koch blew up Dogfish Head’s spot with the release of the 20% ABV Millennium ale a few months later). I wish I could treat you to some super-specific tasting notes, but that wasn’t really front of mind at this point in the tasting.

Instead, I’ll just share what I found jotted down when I woke up about two hours after I got halfway through the bottle: “Very good.” If that’s not a ringing endorsement, I don’t know what is.

If you’re looking to educate yourself even more, be sure to check back next week for my recap of my one-on-one conversation with Calagione—and feel free to keep yourself busy in the meantime with some of my previous chats with other major players in the craft beer world