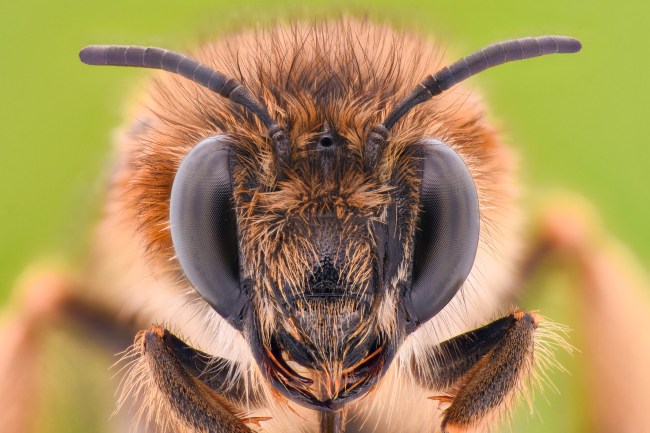 I’ve been pretty fortunate in my life when it comes to eye infections. I think I’ve only ever had pink eye once and that was back when I was a kid. I did use it as an excuse to get out of work once back when I was in college without realizing it meant that I’d actually need to take the entire week off but that worked out fine. I’ve also managed to make it this far in life without ever having to wear glasses or contact lenses.

I have been pretty lucky with my eyes compared to a lot of people. This lady in Taiwan? Not so much. She went through my worst nightmare. Only I never knew this was my worst nightmare until I read about her real-life ordeal because I never assumed something like this was even possible.

The 29-year-old Taiwanese woman sought medical help for an ‘eye infection’ only to discover that there were BEES LIVING IN HER EYES. According to Kron4, the bees were feeding on her tear ducts and living underneath her swollen eyelids. They found FOUR BEES living and feeding on her damn eyeballs.

Go ahead and watch this at your own risk. Unfortunately, unless you speak Chinese you won’t understand what they’re saying in this video. Fortunately, you don’t need to know what they’re talking about to grasp how truly horrifying this medical nightmare was.

Beets? Beads? Beans? Any of these things would’ve been better than finding that F’N BEES were living in her eye. I’d rather have pink eye once a month for the rest of my life than find out there were bees living under my eyelids and feeding on my eyeballs.

The woman’s name is ‘He’ so don’t let that confuse you here when they’re constantly referring to her as He in the report:

He had come to the hospital after experiencing severe pain in her eye.

The hospital’s head of ophthalmology, Dr Hung Chi-ting said at a press conference that such bees nest near graves and in fallen trees, so chances of coming across them while hiking in the mountains are high, according to Apple Daily Taiwan.

He confirmed she was at a family member’s grave pulling out weeds when she felt as if she got dirt into her eye and flushed it out with water.
After that, He says she started experiencing a stinging pain and teary eyes.

“I saw something that looked like insect legs, so I pulled them out under a microscope slowly, and one at a time without damaging their bodies,” Dr. Hung said.
Good news — He did not rub her eyes too much, which officials say could have worsened the state of her inflamed cornea. Worst case scenario would have been blindness, according to Apple Daily Taiwan. (via)

They’re known as ‘sweat bees’ and I’m while I’m so completely disturbed by this story I might never leave my house again I still can’t stop watching this horrifying clip of her eyes with the sweat bees in Taiwan:

After the sweat bees were removed, the woman was released from the hospital and is now expected to make a full recovery.

Are you ready for some news that will shake you to the core? According to Kron4, there are more than 1,000 species of sweat bees living in North and Central America with over 50 different species living in Florida alone. So this isn’t just a Taiwanese problem, these bees are living in your backyard.