Woman Arrested For Trying To Hire A Hitman To Kill Her Ex-Husband On RentAHitman.Com 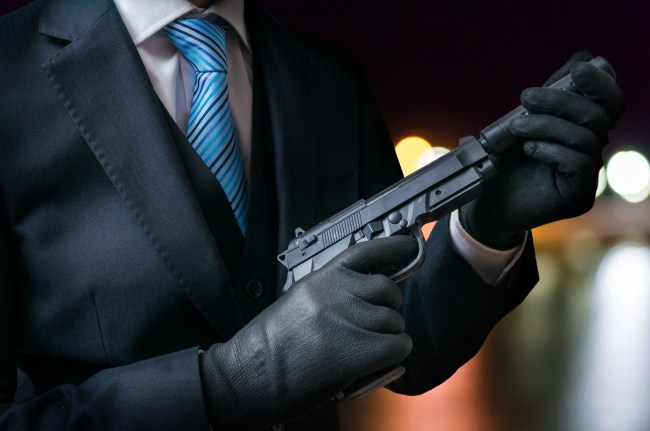 A Michigan woman tried to use a parody hitman website to take out her ex-husband, cops allege: https://t.co/aizTM1jnzb

Poor Wendy Wein. Lady fell victim to the same thing we’re seeing with so many young people on Twitter these days: the inability to understand satire. I like to call it “literal goggles,” where you see everything in the world on a surface level. Words don’t have double meanings. Follow the words; take it as it reads. It’s the same way SCOTUS Justice Gorsuch determines his verdict on cases, though I think they call that textualism.

Outkick– Wendy Wein, 51, of South Rockwood, Michigan was (allegedly) doing her thing on the Internet looking for a way to have her husband killed and just happened to enter her information into www.rentahitman.com and requested a consultation on the matter, according to the Michigan State Police. The website owner contacted the cops because he was concerned Wendy was trying to harm her husband.

All she wants to do is have her ex-husband killed! Is it so damn hard to hire someone for that? Why wouldn’t she assume that rentahitman.com was the exact place to go to find that service? It’s probably the first search result that comes up in Google, unless their SEO guy sucks at his job.

By the way, if you go to their website, it’s actually pretty solid. As in, decent user interface, solid links, good layout. Either the guy behind it was a coder at one point or he spent decent money to hire a web designer. Point is, once you’re there, it’s not crazy to think they might be the real deal.

We talked about this on the podcast a couple weeks ago, but hiring a hitman is a fascinating idea. As normal, law-abiding citizens, how easily do you think you could procure the services of a hitman? I’m not talking about some tuxedo-wearing, silencer-screwing former Blackwater operative-turned hitman for hire. But not the oaf who kneecapped Nancy Kerrigan either. Somewhere in the middle. Someone who has a decent shot of pulling it off without implicating you or getting caught himself. What’s the market for that guy? How many people would you have to ask, and how many people would they have to ask? How many degrees of separation are you away from a hitman?

Give it a listen. The episode is actually titled The Process of Hiring an Assassin.