Woman Sues Man For $10,000 Over Bad Date, Gets Into Heated Argument With Judge: Watch 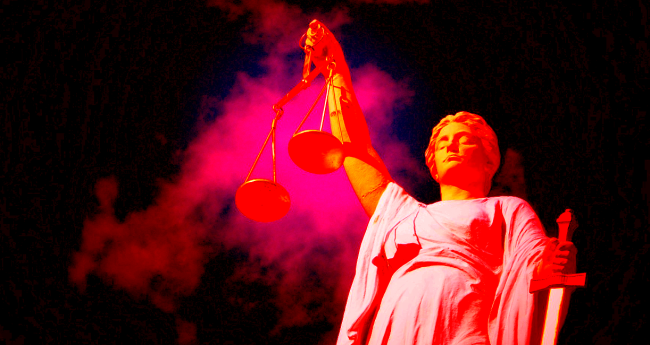 If you are single, bad dates are just a way of life. Usually if that happens you just walk away and chalk it up as another life experience and move on.

Not everyone, however, can handle that kind of disappointment with such ease. Sometimes people decide that a little restitution is in order.

Such was the case recently in Flint, Michigan when a woman chose to sue a man for $10,000 after her date with him went awry.

According to legal documents obtained by TMZ, the woman, QaShontae Short, sued Richard Jordan for intentional infliction of emotional distress after their date turned sour.

She claims in the lawsuit that Jordan Richard deliberately hurt her when he “did not show and left on [her] mother’s birthday and [her] mom had just passed away.”

The bast part of the lawsuit, however, came recently when Short, Jordan and Judge Herman Marable Jr. all got together online for a virtual hearing to discuss the case.

In the video, Short and the judge do most of the talking. Other than saying the case was a waste of the court’s time, Jordan was pretty much a spectator.

And what a show he got to watch.

“He put a document that stated a lie,” Short yelled at the Judge. “Bottom line you said it was a criminal offense so I will send it to circuit court. Are we done here? Are we done here? … I know exactly what perjury means.”

The judge got so frustrated with Short at one point he took off his face shield and directly looked at the camera to address her.

When all was said and done, the judge ended up transferring her case to circuit court.

Forget Judge Judy, this was a real show.