Is This Guy Who Tries Getting Reimbursed For Bad Dates A Genius? 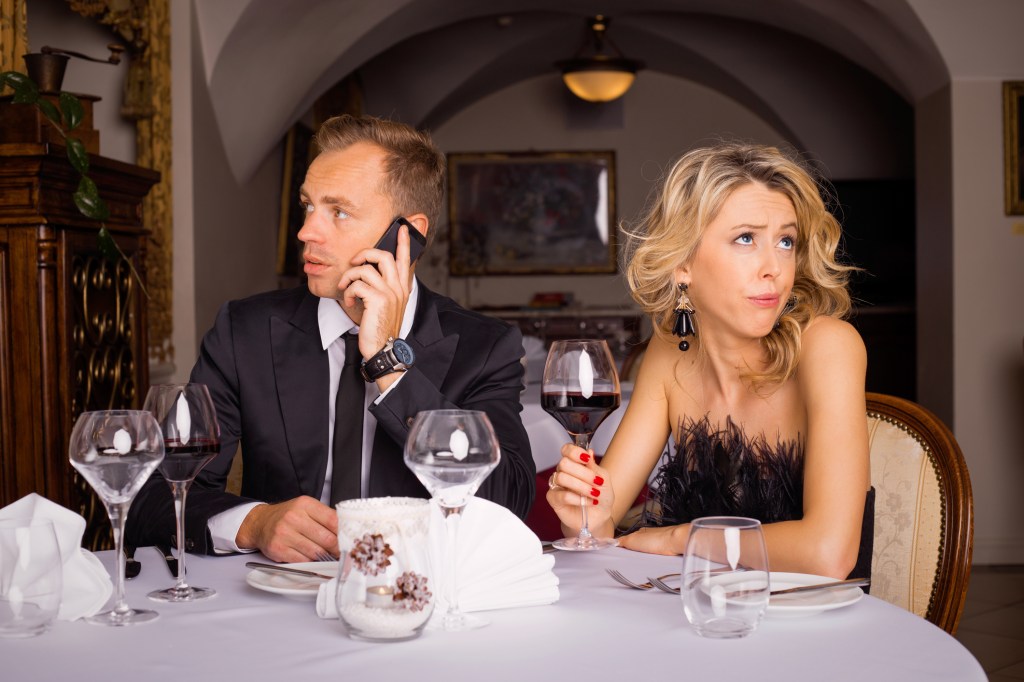 Dating can be fun, exciting, grueling, frustrating, exhausting, downright loathsome, and above all, expensive. Single Americans drop hundreds of dollars every year on wining and dining prospective partners in hopes of finding a long-term commitment. They do this because they start to worry about who is going to change their diapers when they get old. That’s the real dream for a man once he reaches a certain age. To find someone who doesn’t give a damn that he’s eventually going to get fat, go bald and crap his pants all the way to the grave.

It could be said that dating is how people invest in that kind of personal security. We’re all just trying to wife ’em-up before our colons turn against us. After all, nobody wants to be in their fifties or sixties and still chasing tail. If you think dating is expensive, wait until you need Viagra.

But who should pay for these miserable experiences? It was once mainly considered the man’s responsibility to fork out the cash for a nice evening of dinner and drinks. Over the past couple of decades, however, the dynamic has changed. Now, more women are embracing a financial forward role at the beginning of relationships. They no longer want to feel obligated to see a man naked at the end of the night just because he treated them to half-price appetizers at Applebee’s.

Sure, plenty of ladies still believe the man should always pay for everything, yet a lot more of them would rather split the check. There’s still nothing wrong with a guy trying to go old school. Let’s face it, fellas, we’re lucky that any woman wants to be seen with us in public, so it’s always gentlemanly to pick up the tab. Not only that, but paying shows class, shows you have a job and are capable of pulling your own weight. Most women, at least those worth having, need some assurances that they won’t be living in your parent’s basement if the relationship flourishes and gets serious.

Sometimes dates don’t work out, though, which can often leave some dudes bitter and even broke. In any case, you can always suck it up and move on to the next one – hope you get ’em next time around — or do like one Wisconsin man and ask the woman he was dating for a refund. Seriously, boys, there is apparently some ballsy dude out there that has decided that if a date doesn’t end in a relationship, he is well within his rights to ask the girl for his money back.

It’s a story that has been getting a lot of attention ever since a woman named Alex Tweeted a screenshot of a message from a man asking for her Venmo details. The guy, identified only as CK, wants her to pay for a series of bad dates. “Since you and I won’t be seeing each other anymore,” he wrote, “it’s only fair to ask for equal payment from you from the dates we went on.”

“I believe it was 3 separate times we went out to bars/restaurants where I paid for both of us each time,” the message continued. “I’d say $35 is more than fair for your food and drinks that I got you during those dates. I view you as a fair girl, I hope you’ll consider reimbursing me.”

Of course, Twitter erupted in response to the cheap bastard. The comments were a mixed bag of cutthroat feminism, economic empathy, and holy cow wonderment. Some commenters were mostly concerned with how this guy managed to pull off three dates for under $75. Honestly, we’re curious about that as well. We never seem to get out of a restaurant for under $150. But then again, we have a tendency to date some heavy drinkers with daddy issues. That’s where they get you!

Other commenters were appalled by the principle of the matter. They suggested that the problem was not that this man was asking to be reimbursed but that he waited until he realized things weren’t going to work out to make the request. And that could only mean one thing, a slew of folks agreed. That he expected sex in exchange for his hospitality. For eleven bucks a date?

The tale of the frugal Wisconsinite is not just an isolated incident. Apparently, more men are now hitting the dating scene with this “chargeback” attitude. One commenter claims that her ex is trying to squeeze her for $5,000 to cover two years of dating. Several other women posted screenshotted messages that reveal how some of the men they’ve gone out with also wanted refunds.

Holy hell, fellas, is this what it has come to out there? We’re giving girls food and beverage credits with terms and conditions? Listen, if a man thinks of dating as a real personal investment, he should probably only spend what he can afford to lose. Because nine times out of ten, a date is not going to develop into anything long-term. It’s a losing game. So, don’t go dropping an entire paycheck trying to impress a girl and then sic a collection agency on her ass when she doesn’t return your calls. Dating is difficult enough without having to employ a billing department.

Does asking women for refunds actually work? As far as we can tell, it does not. I was just kidding around with my girlfriend yesterday about billing her for dates if the relationship didn’t work out and the Earth almost opened up and swallowed me whole. Seriously, I’m lucky to be alive.

Anyone who has ever met a woman should understand by now that they are none too concerned with providing excellent customer service. They don’t give two-flying squirts about keeping broke-ass losers happy because they don’t need the repeat business. Trust me, they’ll be just fine without you and your $11 romance. Therefore, the chances of a female coughing up any reimbursement cash following a collection message, no matter how politely it was written, is probably slim to none. You could always try it, but you’ll probably only end up on blast like the last guy and come off looking like a real douchebag. Just pay for dinner, guys. Diaper changes don’t come cheap.