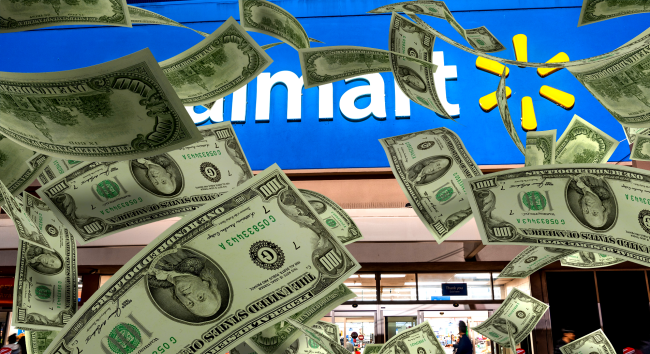 An Alabama woman who claims she was falsely arrested for shoplifting at a Walmart in Semmes was recently unanimously awarded $2.1 million in damages by a Mobile County Circuit Court jury.

Lesleigh Nurse, who was accused of stealing 11 items worth $48, was reportedly threatened by Walmart with a lawsuit unless she paid the company $200.

Among the items Nurse allegedly stole were Christmas lights, a loaf of bread, and some Cap’n Crunch cereal.

She claims that she didn’t steal the items, but the self-checkout scanner at the Semmes Walmart was malfunctioning. Believing she had completed the transaction, Nurse began to leave the store with her husband and three children.

It was then that she was stopped by a Walmart asset protection manager.

“I remember going in that little room and thinking this will be resolved, this is an accident, this isn’t on purpose,” Nurse told WKRG News.

The Walmart asset protection manager was so serious about the situation that police were called and Nurse was arrested and had her mugshot taken.

When no representatives from the local Walmart appeared at her court proceedings the charges were dropped. The company also never made any surveillance video of the self-checkout area available, which she claims would have absolved her of any wrongdoing.

However, a Walmart-affiliated law firm continued to send her threatening letters asking her to pay $200 to make the whole thing go away.

“At first you think ‘well, I’ll pay it and it will all go away,’” Nurse said. “But then I’m like I didn’t do anything wrong. Why would I pay for something I didn’t do?”

But it turns out many people do pay. During testimony in the lawsuit she filed against the company, an expert testified Walmart routinely uses what are known as civil recovery laws in many states to get people they’ve accused of shoplifting to pay up. University of Nebraska assistant law professor Ryan Sullivan who has studied the practice testified that in a two-year period, Walmart charged some 1.4 million people across the country with criminal theft of property — and ended up collecting more than $300 million through their civil demand letters in the same period.

Nurse’s attorney Vince Kilborn told WKRG News, “They prosecuted her solely for the purpose of getting what they call civil recovery or money.”

Defense attorneys for Walmart told AL.com that the practice is legal in the state of Alabama.

“I hope it makes a difference. I don’t want anybody else to have to go through this again,” said Nurse, who claimed her ability to make a living was hampered by the charges made against her by Walmart.

Walmart issued a statement to WKRG News regarding the matter that read, “We want our customers to have a safe, pleasant shopping experience in our stores. We take measures to help prevent, identify and appropriately handle instances of theft, which is a problem for all retailers that costs the overall U.S. economy tens of billions of dollars each year. We continue to believe our associates acted appropriately. We don’t believe the verdict is supported by the evidence and the damages awarded exceed what is allowed by law. We will be filing post-trial motions.”