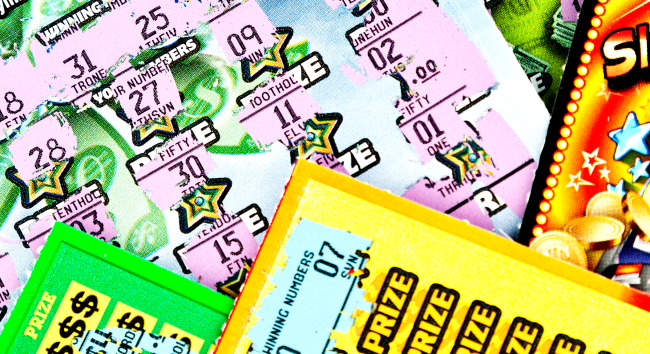 If you have ever wondered why, despite the astronomically terrible odds of actually winning a big money prize, millions of people each day still plunk down their hard earned cash to buy lottery tickets, here you go.

Angela Caravella, 51, of Kansas City, Missouri, was in Florida and wasn’t exactly having the best of days after her flight home was unexpectedly cancelled.

So, with a whole lot of newfound time to kill, she decided to visit a local Publix and purchase a few lottery tickets.

Turns out that was a wise move because she ended up winning the top prize of $1 million on a Fastest Road to $1,000,000 scratch-off ticket.

“I had a feeling something bizarre was going to happen after my flight was cancelled unexpectedly,” Caravella told Florida Lottery officials. “I bought a few Scratch-Off tickets to pass the time and just like that – I won $1 million!”

See? The game’s overall odds of winning are 1-in-2.79… That’s where they hook people. Yes, those are pretty good odds, but the chances of winning a million bucks playing that scratch-off game is actually 1-in-270,717.

There are 155 of the $1 million prizes available for winning, while there are just 10 tickets that are $100K winners. (So far, 108 of the million dollar winning tickets are gone, and there are just two more $100K tickets remaining.)

In fact, on Friday, the Florida Lottery just announced another million dollar winner in the Fastest Road to $1,000,000 game, Lauro Godoy, of Homestead.

And just like Angela Caravella did, Lauro Godoy wisely chose to receive his winnings as a one-time, lump-sum payment of $790,000.