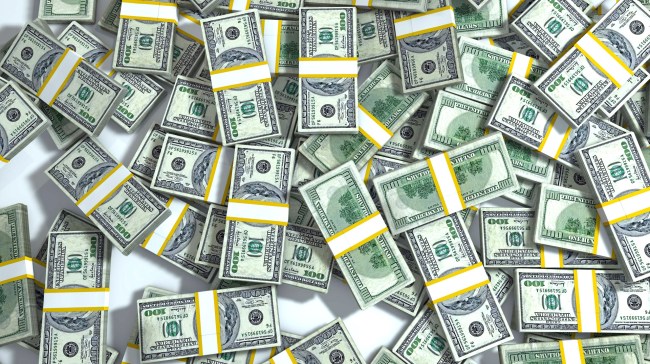 Here we go again. Why is it that so many big money lottery winners are people who have either (a) already won a boatload of money playing the lottery, or (b) people who bumble and stumble their way into winning hundreds of thousands, if not millions, of dollars?

This week, a man in Florida (of course) took home $1 million after discovering he still had a months-old Powerball ticket he hadn’t checked while cleaning his house over the holiday weekend.

Kenneth Morgan, 54, of Jacksonville, told Florida Lottery officials he bought his Quick Pick ticket at a Publix Liquor Store for the April 17 Powerball drawing, but forgot all about it until he found it this week.

“I was cleaning the house on the fourth of July when I found the POWERBALL ticket in a drawer,” said Morgan. “I checked the numbers and discovered it was a $1 million winner – I’m still in shock!”

Related: You’ll Be Surprised (And Confused) At The Amount Of Lottery Jackpots That Go Unclaimed Each Year

In a tiny bit of justice, Morgan could have won even more, but he only matched the five white ball numbers, but did not match the Powerball number.

Kenneth Morgan had an explosive 4th of July after finding a $1 million winning POWERBALL ticket while cleaning his house! Congratulations Kenneth! 🎇🎇🎇https://t.co/3CW9L6aZzX pic.twitter.com/QnGvTGTARe

Morgan now joins lottery winners like a man from Tennessee who lost his $1 million winning lottery ticket, but ended up finding it in a parking lot, and a man in Australia who won $800,000 when he bought the wrong lottery ticket by mistake, as people we don’t know personally, but now loathe.

Last October, a man in Jacksonville, James Kinder, won $1 million playing the lottery when he… you guessed it, forgot he had purchased the ticket from a Circle K and it sat on his fireplace for weeks until he was cleaning his house one day and realized he hadn’t scratched it off yet.

Can whoever is in charge of the simulation please turn it off then back on again? I think it’s broken.