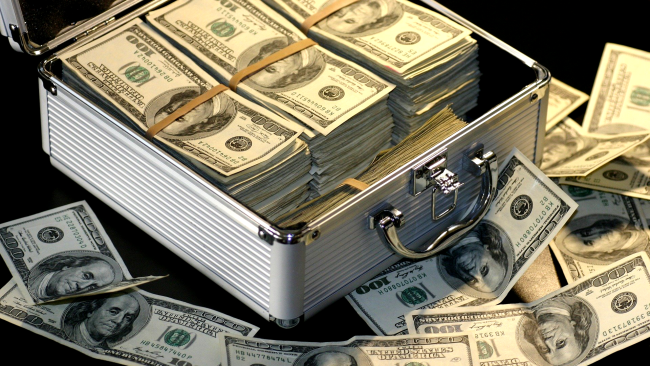 Seriously, why does this keep happening? Why do people who have already won hundreds of thousands, if not millions of dollars, keep winning even more money playing the lottery?

Now we’ve got a guy in Massachusetts winning a one million dollar prize playing a scratch-off ticket, FOR THE SECOND TIME IN FOUR YEARS!

Toto told Massachusetts State Lottery officials that he wasn’t planning on buying a scratch-off ticket that day at the A-1 Gulf store in Framingham.

When Toto got to the counter, however, he decided to heck with it and went ahead and bought a $30 The Fastest Road to $1 Million scratch-off ticket.

That ticket ended up being a one million dollar winner.

Cool story, until you read this… “Toto was already familiar with the process for claiming a lottery jackpot, after winning $1 million from a $4,000,000 Payout scratch-off ticket in 2017.”

Stephen C. Toto of Framingham, Massachusetts, made a last-minute decision to buy a lottery ticket, and for the second time in his life, collected a $1 million prize, according to the Massachusetts State Lottery.

This time around Toto opted to take the lump sum option and walked away with a cool $650,000 before taxes.

I mean, I get it. You’re allowed to play the lottery as many times as you want, but when people like this Stephen Toto win a million bucks, then four years later win another million dollars, it just doesn’t really seem fair, does it?

At least if that were the case, perhaps we would have more feelgood stories like the guy in Michigan who won $2 million playing a scratch-off lottery ticket a year after losing everything he owned in a flood.