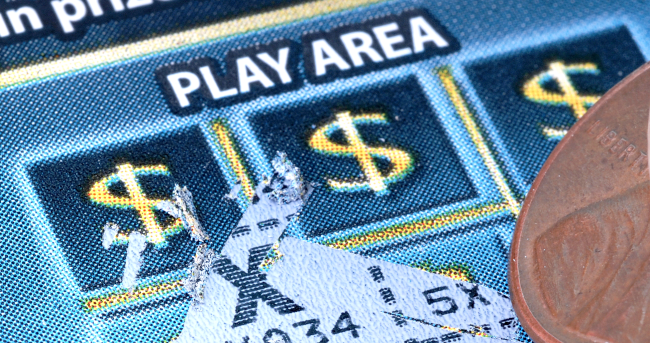 FINALLY. Someone actually won millions of dollars playing the lottery and we have absolutely zero reason to hate him.

A 29-year-old Michigan man, who asked to remain anonymous because he’s not an idiot, won $2 million from a scratch-off lottery ticket a year after he says he “lost everything” in a flood.

Usually these big jackpot wins make news because someone won big after already winning big, or they win using some absurd methodology, or they play the same numbers like 160 times in one drawing and they all come home.

But not this time!

“Last year, I lost everything in a flood, so to win this prize is so overwhelming to me,” he told lottery officials. “I never play $20 tickets, but when I stopped to pick up a couple things on my way to pick up my kids the Lucky 7’s ticket caught my eye. Seven is a lucky number for me, so I decided to take a chance and bought the ticket.

The man chose to receive his winnings as a one-time lump sum payment of around $1.3 million and says he plans to use his windfall to pay bills and build up his savings.

“Knowing my kids will be taken care of is the best feeling in the world,” he said.

He also said that he once won $10,000 playing the lottery so he didn’t think his odds were very good of winning again. Dammit.