Man Wins $2 Million Lottery With Numbers He Got From A Movie, But Can’t Remember Which One 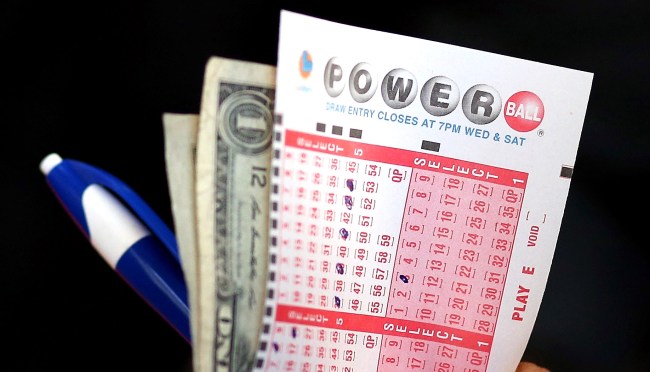 Americans spend over $70 BILLION per year playing the lottery. Why? Why do we do that?

Is it because we have seen a guy buy 160 tickets for one lottery drawing and end up winning 160 times? Yes.

Is it because people do things like win $1 million after forgetting they bought a lottery ticket? Again, yes.

Is it because people actually sometimes win completely by accident? Hell yes.

It’s for those reasons and more that every time we step up to the counter and plunk down our hard earned cash in the hopes of being that one lucky person who defies the astronomical odds to become rich beyond our wildest dreams.

And if you think people are going to stop believing that anytime soon, then let me introduce you to a man from Caldwell County, Kentucky.

This man, who asked to remain anonymous, because he’s smart like that, recently won a $2 million jackpot from a Powerball drawing.

Those five numbers he took from a movie were the numbers the main character used… wait for it… to win a lottery.

The man reportedly claims that despite the fact that he has been playing these numbers for years, he can’t remember the name of the movie from where he got them.

If it makes you feel any better, he actually could have won even more. He chose the wrong Powerball number or he would have won an estimated $341 million.

Yeah, that doesn’t make me feel any better either.

The lucky winner says he is going to use his unlikely windfall to retire and spend more time with his family.