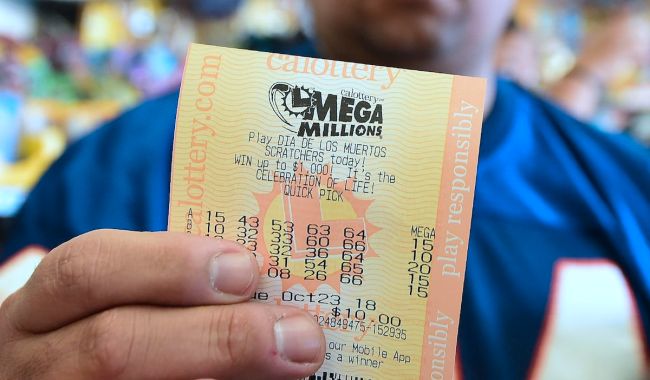 I don’t know about you, but I’m convinced that I’m going to win one of those mega lottery jackpots at some point in my life. Hell, I haven’t checked my Powerball ticket from last night, so I’m actually sitting here hoping to manifest the near $200 million prize. If that’s the case, I’ll just quietly hire an attorney, set up an LLC and claim my prize without too many people knowing I won big.

While that’s what about 99 percent of us would do, there are actually some people out there who refuse to claim their lottery jackpots each year. I have no idea who the hell wouldn’t want millions of dollars, but, believe it or not, there are some who never cash the winning the ticket.

A report recently surfaced about a person in Rhode Island who had won $1 million in the Mega Millions last year, but never actually claimed the winnings. According to CNBC, the person had until March 17 (yesterday) to turn in the winning ticket. And, per The Providence Journal, the deadline passed without a winner coming forward. According to a lotto official, the person may not have even known they won a smaller prize.

“Even if you don’t win the jackpot, many games have numerous other prize levels,” said Gordon Medenica, Mega Millions lead director and director of Maryland Lottery and Gaming. “While most unclaimed prizes tend to be for much smaller amounts, we still encourage our players to always check their tickets.”

Could you imagine being the person who doesn’t check their ticket a good five times just to make sure nothing matches up? Sheesh, imagine winning something — even a small prize — and never cash out. Talk about one of life’s biggest regrets!

But unclaimed lottery jackpots are more common than you might think, with the aforementioned CNBC article stating that, each year, millions of dollars of winnings expire. Just take a look at the chart below, which shows the amount of money unclaimed from both Mega Millions and Powerball over the years. 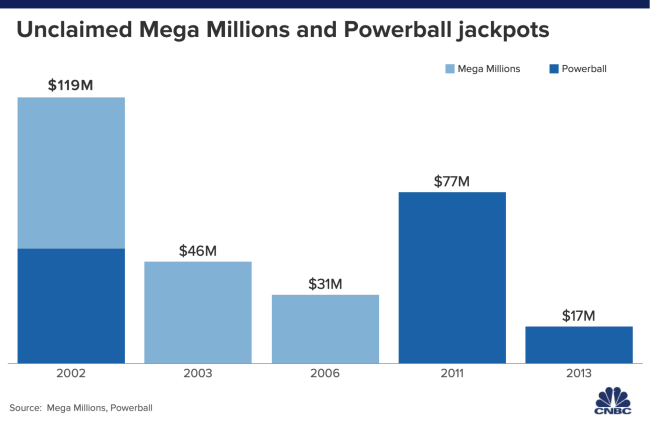 Is this bizarre to anybody else, or am I the only person wondering how on earth this much money goes unclaimed? Like, if you play the lottery, keep the ticket nearby in order to check if you’ve won, man. It’s not that difficult!

Making this even more frustrating to see is this: It’s not like anyone’s forced into making a decision to claim lottery jackpots right away, as many states allow 3-6 months — with some even allowing a year, like Rhode Island — to decide how they want to proceed. Something tells me the person in Rhode Island with the $1 million ticket has no idea they won, and that the ticket is actually somewhere in the trash.

As for where all that millions of dollars goes, CNBC reports that the money goes back to the states selling the tickets. From there, bonus prizes or second-chance contests may be created. Additionally, some states put the cash towards funding things like education.

With the chance of winning the Mega Millions at 1 in about 302 million, and the odds at 1 in 292 million for winning the Powerball, having that sort of luck isn’t something to take for granted. Unfortunately, as the above info shows about unclaimed lottery jackpots, some people have no idea that luck existed, and actually end up unlucky by never cashing out.