Man Wins $1 Million, Loses Lottery Ticket, Then Rediscovers His Luck By Finding It In A Parking Lot 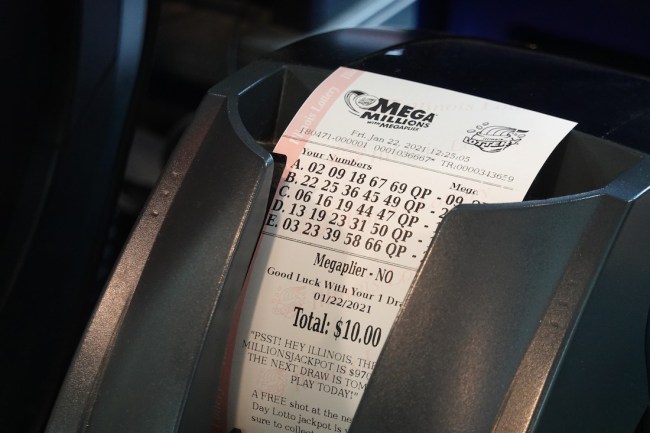 We’ve all wondered what holding a million-dollar lottery ticket would feel like. Even if you don’t play often, when you spend a couple bucks on that little piece of paper from a local grocery store or gas station, there’s always a little hope that, just maybe, you’ll be the lucky person who can win the jackpot. Hell, I’ve even celebrated winning $10 before, so, yeah, that’s how low my expectations are for actually winning anything of significance — but you better believe I’ll keep trying.

Look, scooping up life-changing money from the lottery are slim, so, when it does happen, one would imagine the first thing a person does is protect the lottery ticket with anything possible. Well, some guy in Tennessee named Nick Slatten sort of forgot about that very crucial part, losing the very valuable piece of paper after finding out he had won $1 million. However, the guy’s luck was still very much intact, and he reclaimed the ticket in a parking lot after retracing his steps.

A Middle Tennessee man almost lost out on a $1 million lottery ticket that he lost while running errands.

Luckily, he retraced his steps and found it in the parking lot of an O’Reilly’s Auto Parts store. https://t.co/ghlqUpSUP0

According to NBC News, Slatten bought the winning lottery ticket and a drink on March 10 at a grocery store about 80 miles north of Chattanooga. When checking the results the next morning, he discovered the $1 million victory. But instead of taking the rest of the day off and soaking up his millions, after sharing the news with his fiance, Slatten kept running errands, which included taking his brother to an auto parts store.

About an hour after helping his brother out, the lucky lottery winner realized he couldn’t find the ticket anywhere. As you probably expected, fear set in, so Nick Slatten began retracing his steps, which resulted in finding the winning lottery ticket near the driver’s side door of another car.

“It’s a million-dollar ticket, and someone stepped right over it,” he said. Slatten’s ticket is one of five worth $1 million or more to have been sold in Tennessee this month, Tennessee Lottery officials said.

Slatten said that he and his fiancée will continue to work but that they plan to buy a new house and a car and to invest. He said he hopes to live a life with “not a whole lot of worries.”

Now, I know this wasn’t the Mega Millions or Powerball jackpot — which have odds of winning at 1 in about 302 million, and 1 in 292 million, respectively — but winning anything of significance playing the lottery is nearly impossible. Imagine being the person who lost their ticket by not keeping it safe while running errands? Man, this dude dodged a serious bullet by rediscovering his winning lottery ticket.

That said, unclaimed lottery jackpots are more common than you might think. In fact, I recently found out that millions is unclaimed each year, so, yeah, if other people don’t have the luck that Nick Slatten had here, they’re one of the suckers missing out on big-time cash.