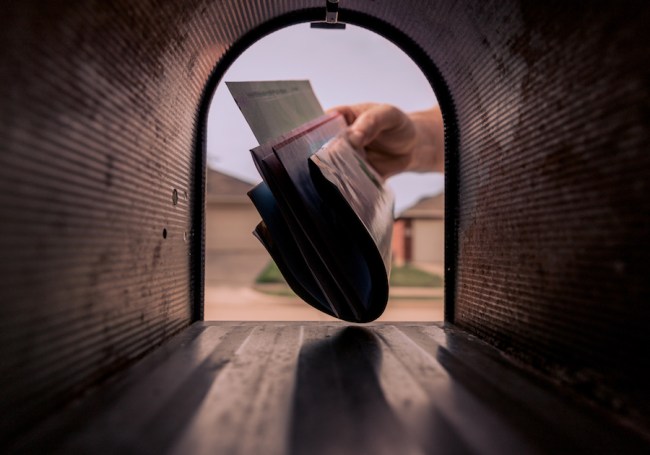 A lottery winner in Florida doesn’t trust the USPS anymore either after her winning lottery ticket went missing and the post office has no answers.

Sue Burgess, of Hernando County, FL, told news station WFLA she was “thrilled to discover” that she won $1,000 in the state’s Second Chance Lottery game.

“I was elated. It was like winning a million dollars to me,” Burgess told WFLA.

Burgess was unable to claim her winnings in person with all of the lottery offices closed during the Covid-19 lockdown.

And that’s where Burgess’s luck ran out.

Burgess said the ticket, however, never made it to the lottery office in the one-week time frame required to claim the prize.

Her tracking information last showed the ticket in transit on Aug. 12 at a Tallahassee post office, WFLA reported.

“They said, ‘We have not received this ticket.’ They said, ‘No ticket, no prize,’” said Burgess, whose prize money went to an alternate winner.

Burgess is angry – and she has every right to be – because certified mail is extra money with the expectation of arriving on time. Or at all.

“That’s why you choose certified mail,” Burgess said. “With COVID, I understand the mail is a little bit slow. But for safety sake, certified mail usually has priority.”

Six weeks have passed and the ticket is still missing.

The USPS apologized to Burgess. They’re working with the state lottery to get her the prize money.

WFLA reported that Florida Lottery said “it’s not responsible for mistakes made by the postal service, though it will make an exception for Burgess and pay out her prize if the package shows up postmarked by the original deadline.”