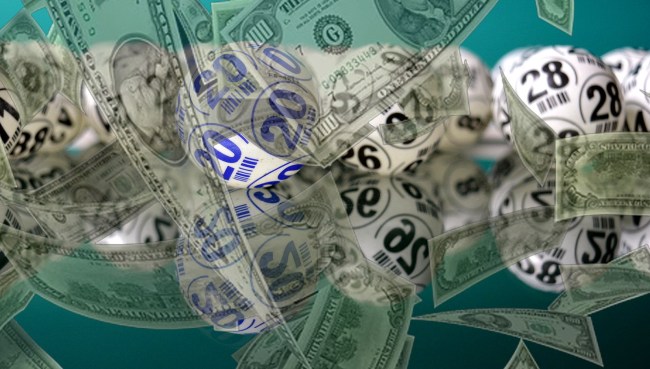 One of the most evil creations human beings have come up over the years has to the the lottery.

Time and time and time again, we see stories about people who either made a mistake or do something completely abnormal and end up winning hundreds of thousands, if not millions, of dollars.

Evil. You feel me?

Take a wild guess what the winning numbers were that day?

Dude ended up splitting the $3.8 million ($5 million Canadian) jackpot… with himself. 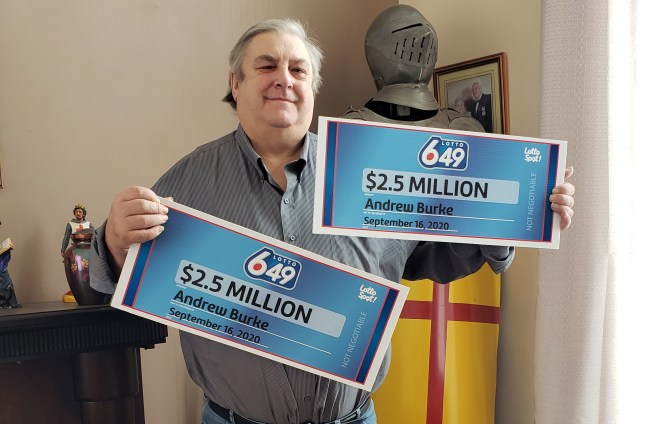 “On our wedding day, my father-in-law said ‘I always wanted my daughter to marry a millionaire, but I got the next best thing — someone who spends money like a millionaire,'” Burke told Western Canada Lottery Corp. officials.

So funny I forgot to laugh.

“The owner [of the Fas Gas Calmar Service where he bought the tickets] walked in and said ‘what have you done Andy, have you broken my machine?’” he recalled. “The clerk then told me ‘you’ve won $2.5 million’ – and I said she better check that other ticket, because it’s the same numbers!”

Burke says he is now “on vacation” from his job until further notice and is probably done playing the lottery.

Burke plans to use his winnings to do some renovations on his house, restore his vintage SUV, and maybe take a trip back home to the United Kingdom.

“All I wanted out of the lottery was to be able to retire comfortably, keep up on the house, and have my Land Rover restored. I don’t need anything else,” he said. “I have everything I need.”