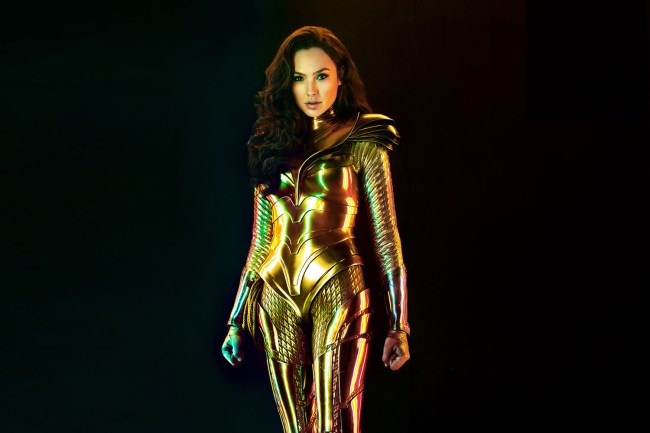 Gal Gadot. She really crushes that whole, I don’t know, Gal Gadot thing, ya know? Just super Gal Gadot-y at all times. Slaying men from all corners of the Earth with nothing more than a mere glance.

Gadot is only responsible for about half of Wonder Woman’s success, though, as the other half can easily be credited to the fact that the original movie simply kicked ass. One of the better comic book films of the last decade, straight up. And now, this summer will see the release of the film’s highly-anticipated sequel Wonder Woman 1984.

This summer’s sequel sees the return of Wonder Woman stars such as Gadot, Chris Pine, Connie Nielsen, and Robin Wright. Additionally, A-listers such as Pedro Pascal and Kristen Wiig have been added to the cast.

A lot of changes are coming in the #WonderWoman sequel, including one major visual transformation. Tap the link in our bio for a brief history of Wonder Woman's golden armor and why it's so important to Diana's story. #WW84 📷: Warner Bros. Pictures

A post shared by Entertainment Weekly (@entertainmentweekly) on Feb 12, 2020 at 8:47am PST

@Gal_Gadot takes flight in her radiant return as Wonder Woman! 👊 Tap the link in our bio to read our March cover story, an inside look at Wonder Woman’s journey from WWI to the neon-soaked ‘80s. #WW84 📷: © 2020 Warner Bros. Ent. All Rights Reserved TM & © DC Comics; Story by Leah Greenblatt

A post shared by Entertainment Weekly (@entertainmentweekly) on Feb 11, 2020 at 9:04am PST

Diana Prince comes into conflict with the Soviet Union during the Cold War in the 1980s and finds a formidable foe by the name of the Cheetah.