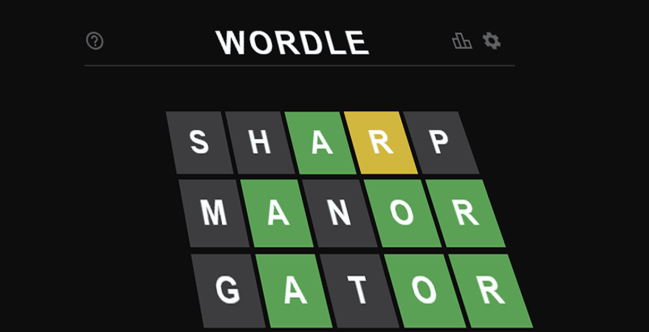 Wordle, the internet’s latest game obsession (and best new meme), has been taking over social media with its green, yellow, and grey squares.

Naturally, since nothing about Wordle has been officially trademarked, this has meant numerous folks out there have been trying to capitalize.

Among those people are tech entrepreneur Zack Shakked who made the mistake of making the following announcement on Twitter on Monday.

I love Wordle so much I decided to make my own Wordle app but with a twist! There's not just 5-letter words, but also 4, 6, and 7 letter words too! You can also play unlimited times if you're on the Pro version. https://t.co/eOkRovYSxN

His new app resulted in two things happening: (1) people gobbling it up like candy, and (2) people going hard after him to monetizing someone else’s creation.

His excitement, however, was short-lived.

“This guy shamelessly cloned Wordle (name and all) as an F2P iOS game with in-app purchases and is bragging about how well it’s doing and how he’ll get away with it because Josh Wardle didn’t trademark it. So gross,” Twitter user @waxpancake tweeted.

He was followed by an avalanche of similar tweets critical of Shakked.

"I love [the monetary potential of] Wordle so much I decided to [steal the idea and make people pay for it]."

"I love Wordle so much I stole it and monetized it!" isn't the brag you think it is.

I LOVE stealing too, bud! Respect the grift!

Making matters MUCH, MUCH worse was the fact that people went through Shakked’s previous tweets and found this…

Shakked has been in damage control mode ever since.

made me think there was an opportunity. I was wrong. There wasn't. I'll go back to creating apps based on my completely, evergreen, original ideas and never fuck with anything remotely like this again.

Made me think it was ok to run with it until I received a (much-anticipated) cease and desist, so it was a calculated risk and for all I know there would’ve been 1000 Wordle apps by end of month had apple not done anything and I’d just be one of many

Here were my calculations:
a) Wordle is a ripoff of another game
b) Wordle the word isn't trademarked and there's a bunch of other unrelated word apps named the same thing
c) Wow, I'll hack together something on the weekend and see if I can make a buck

This was the perfect storm to publicly crucify me for something that is common. In a week my app would've looked totally different and had way more functionality beyond what original dude did.

“I realize I crossed a line,” Shakked ended up tweeting. “And I surely, surely will never do anything remotely close to this again. I f—ed up.”

He also claimed, “One thing people don’t realize is I spoke on the phone with the creator of Wordle and for 30 minutes tried to convince him to a) let me pay a huge licensing fee (100k+), b) partner with me to develop the office Wordle app or c) send him a percentage of the proceeds.

“When he informed me that he wasn’t interested in that, I told him I would consider changing the name and was looking at other options when Apple removed the app and was fully prepared to do so.”

Should you happen to want to play the actual Wordle (which is a ripoff of Lingo, by the way), just click here.