Meet John Moschitta Jr., A Record-Setting Speed Talker Who Made A Career Out Of Talking Fast 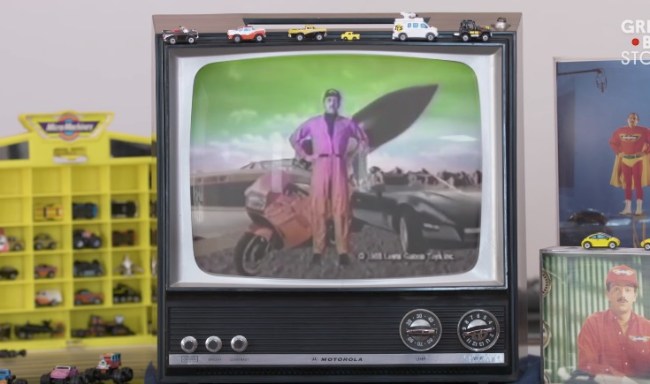 Chances are, if you’re an 80’s or 90’s baby (or born earlier) then you’ll remember John Moschitta Jr. He’s a record-setting speed talker who made a long career out of his ability to talk faster than the speed of sound. John Moschitta Jr. is able to talk so damn fast he set the Guinness World Record for the fastest talker on the planet.

Throughout his career, John Moschitta Jr. was a spokesman for FedEx as the ‘FedEx Guy’, he was on Saved by the Bell as Mr. Testaverde, and children of the 80’s will famously remember him as the Micro Machines Guy. John’s always been ‘that guy’ who you see on TV but never know anything about.

The team behind YouTube’s Great Big Story caught up with John Moschitta Jr. to discuss what life is like when you’re the fastest talking person on the planet, and how one sustains a lifelong career of fast-talking. I’m having trouble discerning if John’s showing off throughout this interview when he ratchets up his speed or if that’s just John being John. If you’re the world’s fastest talker do you always talk like that because that’s the way you are, or is this a switch you turn on and off? I really don’t know.