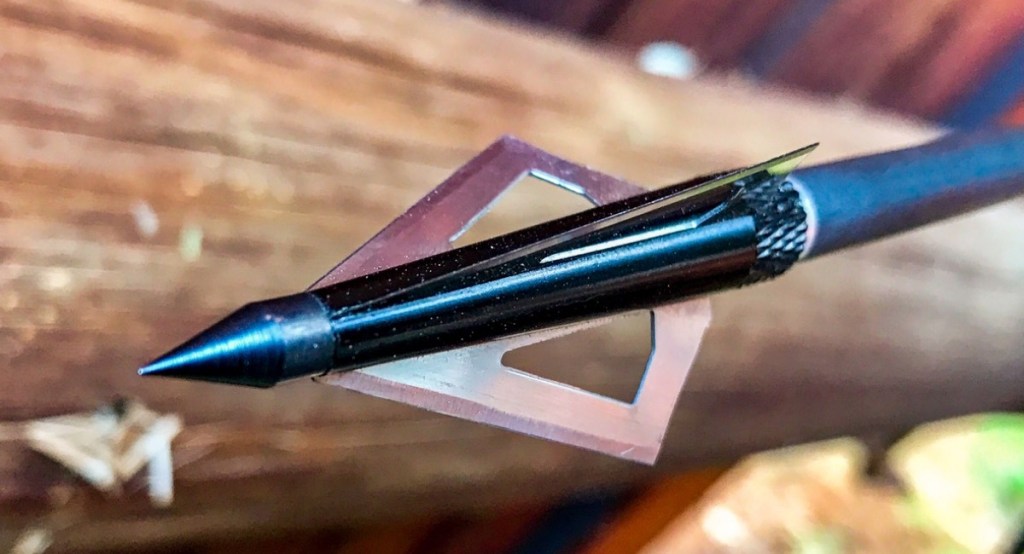 There are a handful of contenders for the title of ‘world’s most powerful crossbow’. Amongst those is the Nitro 505 from Ten Point Crossbow Technologies which is billed as ‘the fastest crossbow in the world.’ Much like a golf swing, faster (not harder) = farther.

As far as scientific experiments go, this isn’t exactly the most controlled one but the measurements are still relatively precise. He uses a foot measure to mark off the distance after firing the arrow from the crossbow. Edwin explains that around the 8:30ish point in the video.

Testing How Far The World’s Most Powerful Crossbow Can Fire

3,281 feet would be 1093.6 yards. That is 9.1 football fields long. And that’s how far the world’s most powerful crossbow can fire when shot at 45 degrees in the middle of the thin (not humid) desert air.

Honestly, though, I think I expected more? I’m not sure exactly what it is I expected to see happen when firing off the world’s fastest crossbow, the $3,000+ Nitro 505 from Ten Point Crossbow Technologies, the Ferrari of Crossbows. But I think I expected some sort of cool noise or recoil or something. Edwin just pulled the trigger and poof, it was gone.

The fastest crossbow on earth!

This video from TenPoint Crossbows is pretty cool. It’s only three and a half minutes long and gives a really good luck at the nuts and bolts of the Nitro 505 Crossbow:

Even after watching that, I’m not sure I could tell you or anyone what sets the Nitro 505 as the world’s fastest crossbow apart from the rest of the highest-end crossbows on the market. It’s clear they’ve thought of everything with this, but I’ll need to do some studying on the rest of the industry to come back and compare it to other high end models on the market.

How does the world’s most powerful crossbow fare against riot shields?

Edwin Sarkissian recently shared a second video with the world’s strongest crossbow, the Nitro 505 Crossbow. Also, I see it called the Nitros 505 in some places and the Nitro 505 in others. This seems intentionally confusing but I won’t get stuck on that…

In this video, he tests the world’s most powerful crossbow against riot shields. Around the 7:25 mark he first a regular arrow from a bow into the riot shield as a baseline. Then around the 14:20 point in the video he first the world’s fastest crossbow into a series of riot shields and WOW, I genuinely didn’t see this coming…

The arrow was able to penetrate through 4 riot shields. For comparison, he fired a .22-cal into the shields and the bullet didn’t make it through a single one. Then he fired a shot that ALSO didn’t penetrate the first shield.

If anything, I’m just as impressed by how robust the test shields are as the world’s fastest crossbow. And if you wanted to learn more about the Nitro 505 Crossbow you can follow the link underneath the video title on YouTube or google it!