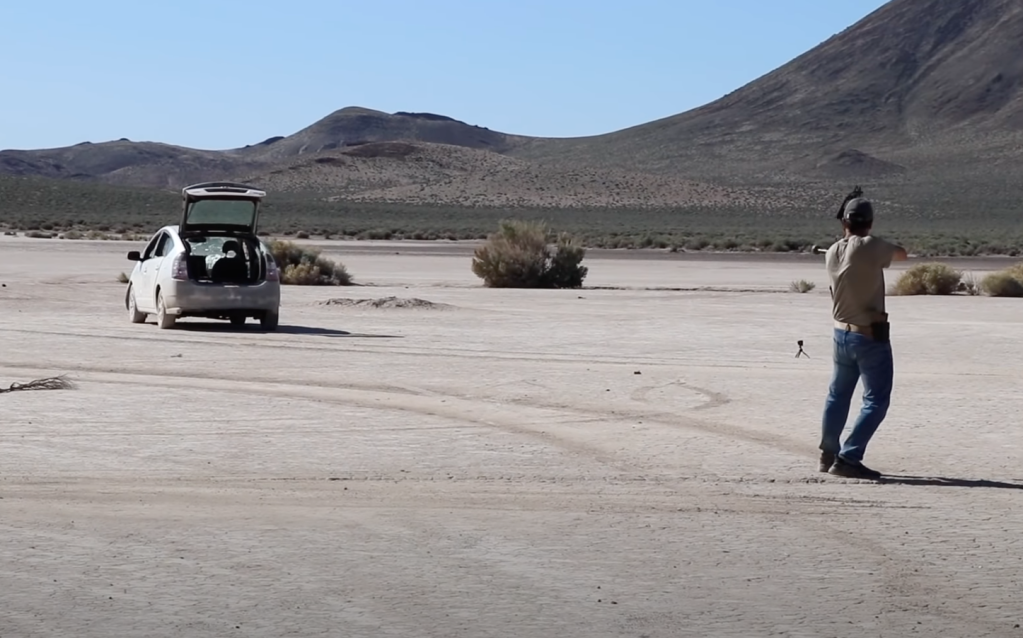 If you’ve ever wondered what it would look if a real-life person attached a grenade to a compound arrow and shot it at a car just to watch it explode then you’ve come to the right place. YouTuber Edwin Sarkissian does exactly that in the video below.

While Edwin Sarkissian doesn’t blow up a helicopter in this clip, his compound arrow with a grenade attached completely demolishes the car and it reminded me that I wanted to share those weird helicopter stats with you bros. Edwin first shoots the car with one of his many guns and triggers the airbags before firing the grenade around the 6:45 mark of the video. Feel free to jump ahead in the video to see that.

For anyone who needs a refresher on the Rambo exploding arrow scene, you’re welcome:

I really need to find a way to convince Edwin to let me appear in one of his videos at some point because blowing stuff up in the desert like the Mythbusters but without safety restrictions seems like one of the coolest jobs on the planet.