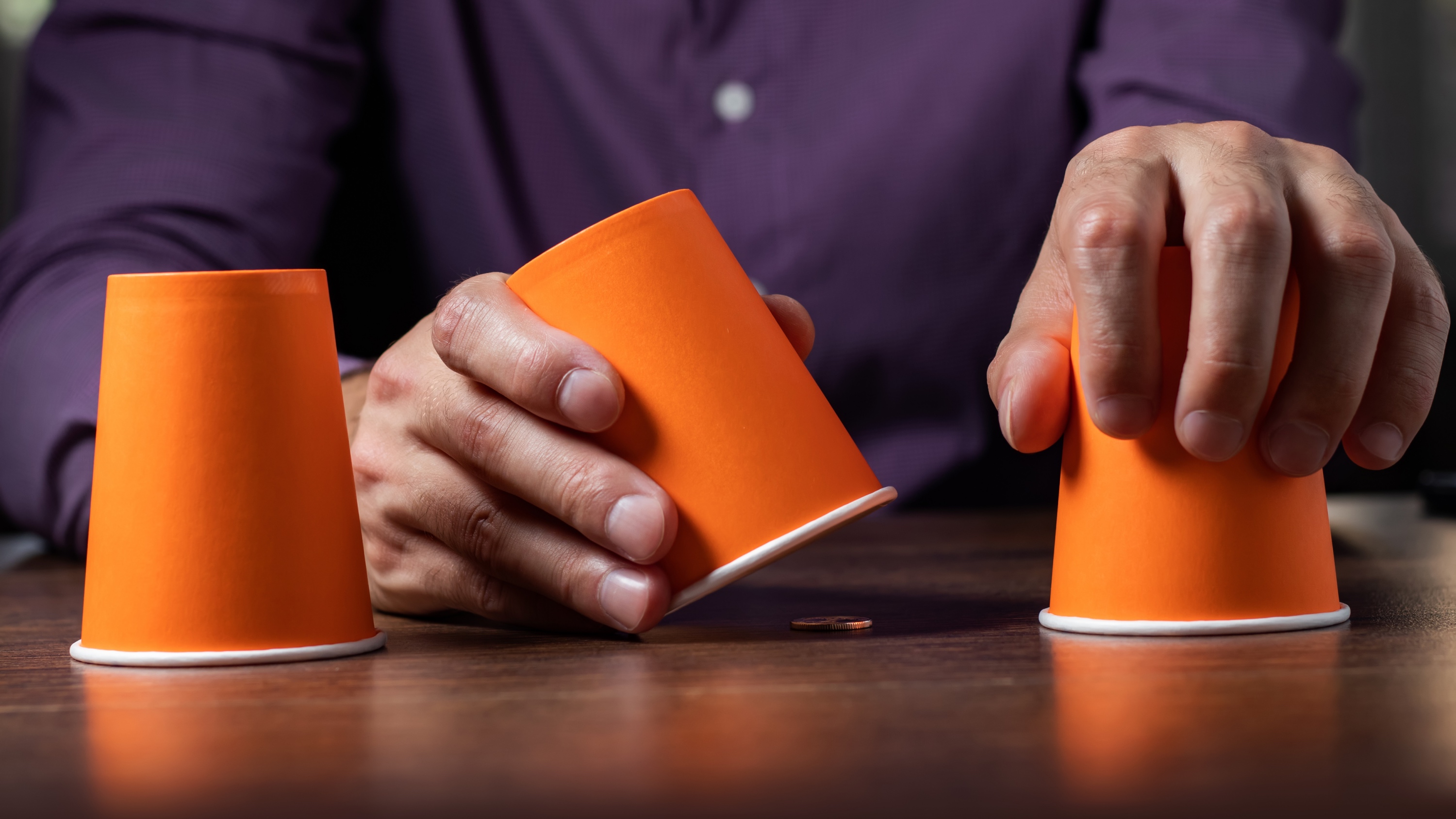 Sleight of hand magic has been around for thousands of years. We know this because of wall paintings inside ancient Egyptian burial chambers depicting what is the oldest magic trick ever created.

In modern times, the oldest magic trick ever created is known as ‘the cups and balls’ trick. The magic trick comes in many forms, as you can imagine, since the record of it dates back to 2500 BCE.

The essence of the world’s oldest magic trick, the cups and balls, is the magician uses three cups and three balls. They then make it appears as if the balls jump from cup to cup through the solid walls.

In this video, author/magician Oscar Owen breaks down the world’s oldest magic trick. He does this on YouTube but it’s almost a TikTok stitch-style video where he shows fellow magician Chris Hannibal turn the Cups and Balls Trick into a comedy routine:

The World’s Oldest Magic Trick: the Cups and Balls Trick

Here is the full, un-stitched version of Chris Hannibal’s Cups and Balls magic trick routine for anyone who would like to study it more closely.

The Wikipedia page for Cups and Balls is fascinating. There are so many variations of the world’s oldest magic trick it’s hard to know where to begin when trying to learn it yourself.

Of course, we know the oldest recorded instance of Cups and Balls is 2500 BCE in ancient Egypt. But it was present through Medieval times, had variations in India, Japan, China, and elsewhere.

This magic trick appears to have jumped around history unlike any other trick in the book. And of course, there is a stunning modern variation of it from Penn and Teller.

They do a version of this trick with clear cups to illustrate where the balls are at all times. This makes it easier for the audience to follow along:

Learning the oldest magic trick in the world is one thing. Mastering it is an entirely different task.

READ NEXT: Magician Breaks Down How To Master The ‘Most Deceptive Card Trick Ever Created’