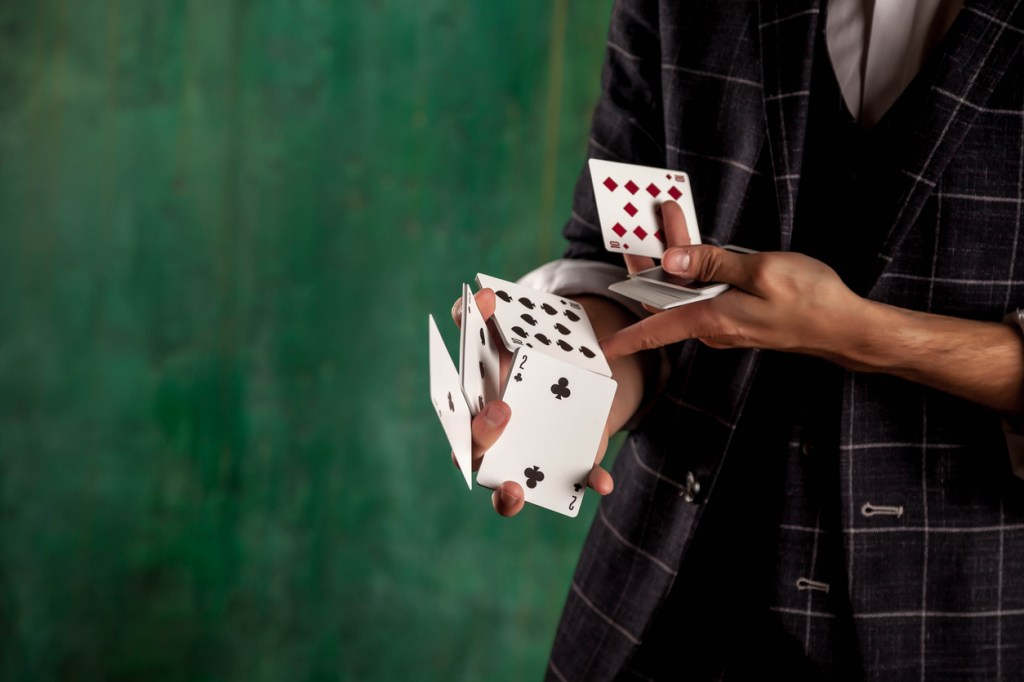 I can count the number of magic tricks I know and can perform on one hand because that number is zero. Zilch. None. Nada. But that won’t stop me from mastering this one…

Magician Oscar Owen calls this the ‘most deceptive card trick ever created’ and my knowledge of magic tricks isn’t deep enough to dispute that claim. I’ve watched this video several times and I’ll admit the first time I was completely flummoxed but then he explains the magic trick and I began to understand.

The first two minutes of this video are the magician showing the magic trick as it would be performed. Then there’s a plug for some book he’s putting out, and then around the 2:38 mark, he explains the magic trick so you can do it yourself. Do with that knowledge whatever you want:

I’ve said this before and I’ll say it again: there’s not enough magic in America. The last time I was in Europe I went to a handful of cocktail bars that all had magicians walking around table-to-table to entertain the drunk customers. It was awesome. I’ve never seen that even once here in the United States and I know that it would take off if some bar owner in NYC, Miami, or LA would just get it started.

For what it’s worth, that magician’s YouTube channel is pretty solid (Oscar Owen) if you enjoyed this video. Hit that ‘subscribe’ button and you’ll see some more videos like this down the line!