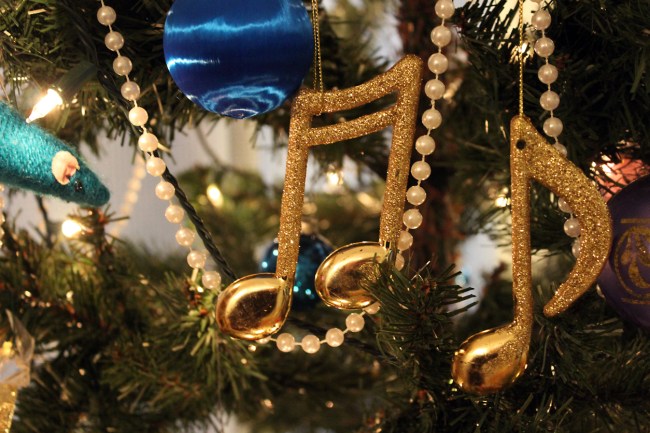 Nothing has the power to put you in a holiday mood quite like Christmas music. It provides a healthy dose of nostalgia and some of the best songs can single-handedly conjure up images of decking the halls, dashing through the snow, or rockin’ around Christmas trees.

However, at the other end of the Christmas music spectrum are songs so irritating, they’ll make your eye start to twitch—songs that make you seriously consider calling a holiday audible and erecting a Festivus pole this year.

There are plenty to choose from but here are six of the holiday season’s worst offenders.

“Grandma Got Run Over By A Reindeer”

Most people probably don’t know who performs this song, but it makes sense that the charisma-less duo of Elmo & Patsy would deliver this kind of garbage.

The second I hear the opening bars of the song, I dive for the radio knob or walk out of the store that’s playing it over the loudspeaker. It’s my own personal form of silent protest.

Sure, it’s supposed to be a goof, but it’s so unfunny that I take it as a personal attack.

The only upside to this song is that it’s a pretty good way of learning about someone else’s true character. If their toes start tapping or they laugh because the titular grandma “forgot her medication,” it may be time to consider severing ties with them.

Also, it’s kind of weird that a song about the vehicular homicide of an old lady at the hands of Ol’ St. Nick is considered a “holiday classic.” Nothing puts a damper on Christmas like an elderly member of your family falling victim to a drive-by trampling.

Musically, this song is fine. What I don’t appreciate is it coming along to harsh my Christmas mellow.

A tear-jerker about a kid trying to buy shoes for his sick mom really ruins the mood after you’ve just wrapped up a rollicking sing-along to The Muppets’ “Twelve Days of Christmas.”

This song has the power to legitimately ruin your entire day. In fact, it’s so sad that it seems like it was created as a calculated effort at making people weep openly in doctor’s offices and department stores. In a way, it’s kind of sadistic.

By the time it’s over, you need to crank “Dominic the Donkey” just to cleanse your musical palette.

“I Want A Hippopotamus For Christmas”

This song comes from the “Grandma Got Run Over By A Reindeer” school of comedy, proving that all you need is a stupid premise to watch over fifty years of royalties come rolling in.

While It’s a scant two and a half minutes of a dopey kid whining about hippopotamuses (hippopotami?) It feels like several hours of trying to eat in a restaurant while a bratty kid in the booth behind you kicks your seat.

The kid’s voice is also very annoying. It would be mean to say that it’s so annoying that I kind of wish they’d be gifted Africa’s statistically most dangerous mammal per their request, so I’m not going to.

Some would argue it’s a novelty song that’s cute and harmless, but those people are what you call “rubes.”

Maybe even consider doing it in song.

I once spent a holiday season working in a department store that had about five different renditions of this song in their music rotation and all of them were awful.

As soon as I heard the intro, it was my cue to go hide in a stockroom just to maintain some degree of sanity.

This is probably the most generic Christmas song ever written and there are so many different versions of it. This creates a Twilight Zone situation where the different versions sound just unique enough to lull you into a false sense of security. Then the chorus kicks in, and you realize that you’ve been had.

Cucked by a Christmas song yet again.

“Wonderful Christmastime” and “So This Is Christmas”

Are Christmas songs hard to write? It would appear so because even members of the Beatles seemed to have some trouble with it.

Just think about it for a second. Two of the greatest songwriters in history took shots at writing some Christmas tunes and both came up incredibly short.

Paul McCartney’s “Wonderful Christmastime” sounds like someone gave Sir Paul a Casio to mess around with and he ultimately pooped out a crappy Christmas song.

Meanwhile, John Lennon’s “So This Is Christmas” meanders it’s way out of your speakers with the energy of a funeral dirge. This is one song that you can’t just blame on Yoko.

Neither of these songs are very good but the most disappointing thing is that half of The Beatles brain trust was unable to come up with anything better as far as Christmas tunes are concerned.

Maybe George Harrison was actually the best Beatle all along.