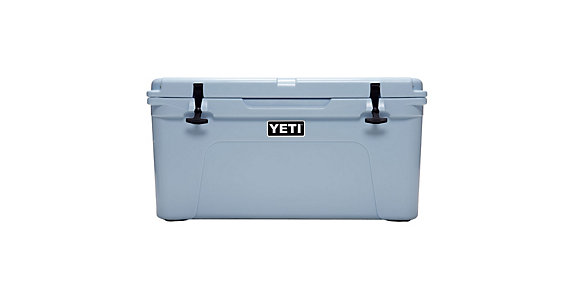 YETI Coolers are pretty remarkable feats of engineering. Think about how bad coolers were for decades before – cheap, flimsy, barely keeping anything cold. When sealed up properly, a YETI stays keeps ice for days. And they’re practically indestructible.

The viral video that put this $5.5 billion company on the map almost a decade was a cleverly-edited video showing a grizzly bear trying his darnedest to break a YETI. This lead to a lot of chatter amongst campers and outdoorsmen back in the day about the idea of a bear-proof cooler; Now YETI makes bear-proof locks for its coolers.

YETI has exploded in popularity since this video went viral, expanding far beyond coolers to all sorts of durable outdoor products: Drinkware like the YETI Ramber, buckets, chairs, etc.

Still, the bear-proof mantra sticks – there’s a good reason YETI is at the top of our list of best coolers, year over year.

Jim Shockey is an iconic outdoorsman, as the host of both Jim Shockey’s Hunting Adventures and UNCHARTED on Outdoor Channel. By the looks of it, he recently upgraded his hunting camp storage containers in the Yukon Territory to YETI coolers, showing how they held up against massive grizzly claws:

Two years ago, a grizzly ripped apart one of the supposedly “Bear Proof” Spike Camp storage containers we were using at that time. It literally tore everything stored inside to shreds!

So I made an executive decision, and we changed to these giant Yeti coolers! Thank goodness we did!!!

The sticker inside our Yetis says they are “Bear Resistant,” but honestly, because the grizzly, with nearly an entire year to try to get into our YETI and failed, they should change the label to “Bear Proof!”

99.5% of YETI cooler owners will ever need a YETI for a grizzly encounter, but it’s good to know that a YETI still holds up to its original marketing mantra.

Incredible to see the damage a grizzly can do and how a YETI held up. Truly a remarkable engineering product.