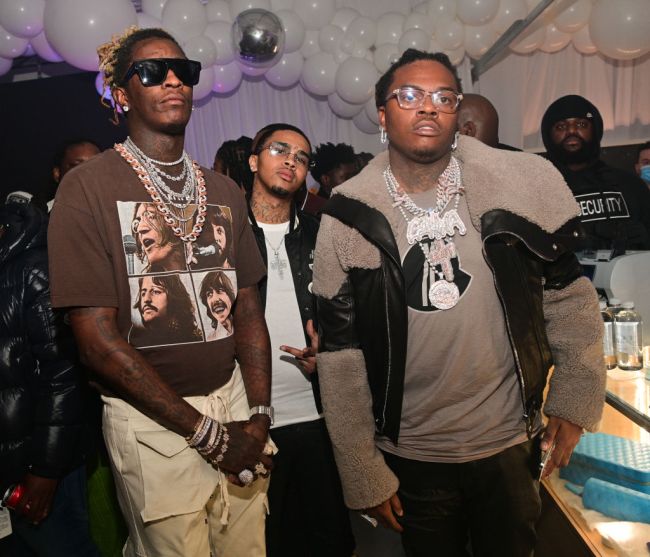 Two of the biggest names in music decided to use their fortune to reunite inmates with their loved ones over the weekend. Young Thug and Gunna casually showed up to Fulton County Jail on Sunday and posted bonds for 30 inmates who were being held on minor offenses and couldn’t afford to post bail.

The specific Atlanta jail is notorious for its overcrowding and the two hometown heroes decided to give back in their community in an inspirational way.

They spoke with WSBTV-2 about their fairly impromptu decision to do a good deed.

“This is where we are from,” said Jeffrey Williams, known best as Young Thug. “We just woke up and went to the jail with the lawyer and, you know, DA’s and the prosecutors, you know, the bonding companies and just got as many people as we can out.”

The random act of kindness comes just months after a report showed 2,900 inmates in Fulton County Jail, which was 400 over capacity. The YSL Records duo also expressed their frustration with incongruously high bail amounts for inmates doing time for minor offenses.

“You never know what somebody been through. There was people sitting out three or four years and couldn’t get out on a bond,” said Sergio Kitchens, known as Gunna. “If they did the crime, then they can do the time, then it’s all right. But it’s like you’re giving them a bond higher than what they stole.”

Those who were released thanks to Gunna and Thugger received a home-cooked meal and reunited with their families for what became a very emotional moment for everybody involved. The incarcerated individuals also learned that their release will be featured in an upcoming music video.

As for what it cost the rappers, they would not say. However, they did say that this will not be a one-time thing and they hope that other artists and celebrities who can afford to help will follow their lead. Shoutout to Young Thug and Gunna. What a cool move.