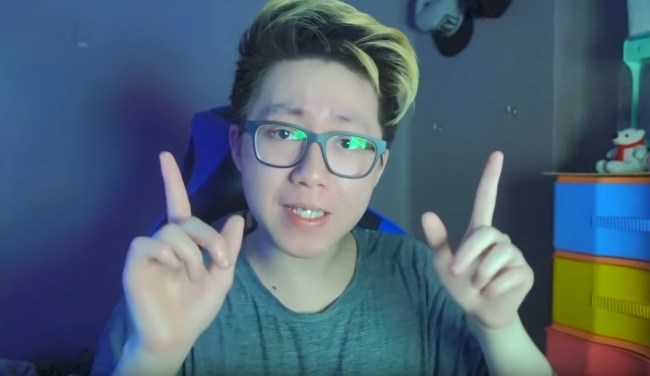 A prank has come back to haunt a YouTube star and it has cost him dearly. An influencer finds himself in deep trouble after tricking a homeless man into eating toothpaste-filled Oreos.

In January of 2017, Chinese-born YouTuber Kanghua Ren uploaded a video on his popular YouTube account ReSet. Ren scraped out the cream in the Oreos and replaced it with toothpaste. He then gave the extra minty Oreos to a homeless man in Barcelona, Spain.

The homeless man, only identified as 52-year-old Gheorge L., ate the cookies and then vomited. The homeless man originally from Romania said that he had “never been treated so poorly while living on the street.”

Kanghua gave the man $24, but admitted that his video was outlandish. “Maybe I’ve gone a bit far, but look at the positive side: This will help him clean his teeth,” Ren said. “I think he hasn’t cleaned them since he became poor.”

The 21-year-old YouTube star shared the now-deleted video on his channel that has over 1.2 million subscribers. It went viral and viewers were outraged. Soon, authorities got involved.

Prosecutors charged Kanghua with a crime against moral integrity and the YouTuber faced up to two years in prison. Since Ren did not have a prior criminal record, the judge threw out any jail time. But the judge called Kanghua’s actions “a clear and unequivocal act of vexatious content.” The judge said that the toothpaste caused “physical suffering” to the homeless man.

The toothpaste Oreo prank video made $2,475 in advertising on YouTube, according to court documents. The judge ruled that Kanghua must pay $22,305 to the victim in compensation. I could use a new car, so if someone wants to prank me with toothpaste Oreos I am game.

The judge also said that Ren is banned from YouTube for five years for his prank. It doesn’t appear that the banning has taken place yet since a video was uploaded to his channel as recently as a week ago where he is seen playing Fortnite.

It should be noted that YouTube hosts hundreds, if not thousands of toothpaste-filled Oreo prank videos, several of them have millions of views. It doesn’t seem anyone is physically suffering, especially since most people spit out the cookie when they have half of a bite.

The moral of the story is be careful out there when trying to be outrageous for likes and shares on social media.