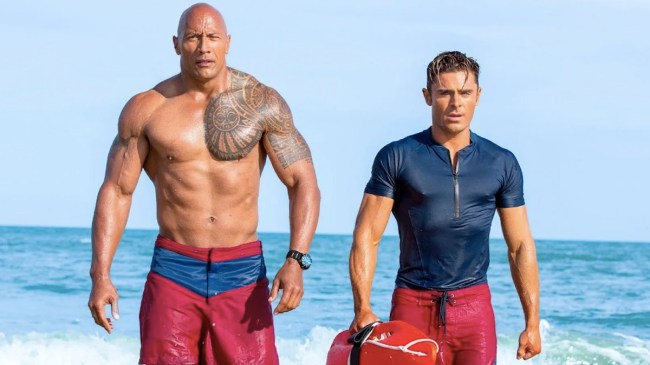 Long known for his model-like physique, Zac Efron has toned down his fitness fanaticism a bit in recent years. While he’s still undeniably shredded, the 34-year-old actor is now taking a healthier approach to fitness, as evidenced by his recent interview with Men’s Health.

Speaking to Men’s Health, Efron revealed that his training for the 2017 film Baywatch gave him insomnia, made him depressed and that he didn’t “feel right again” until about six months after the production wrapped.

“I started to develop insomnia, and I fell into a pretty bad depression, for a long time,” Efron said. “Something about that experience burned me out. I had a really hard time recentering. Ultimately they chalked it up to taking way too many diuretics for way too long, and it messed something up.”

“That Baywatch look, I don’t know if that’s really attainable. There’s just too little water in the skin. Like, it’s fake; it looks CGI’d. And that required Lasix, powerful diuretics, to achieve. So I don’t need to do that. I much prefer to have an extra, you know, two to three percent body fat.” [via Men’s Health]

Efron also stated that it took him about half a year to “feel right again,” according to Men’s Health.

It’s certainly a shame that Efron put himself through all of that physical struggle for Baywatch of all movies, as the 2017 film has a paltry 17% critic’s score on Rotten Tomatoes and “only” grossed about $175 million at the global box office.

Efron will next be seen starring alongside Russell Crowe and Bill Murray in Peter Farrelly’s upcoming comedy-drama The Greatest Beer Run Ever, which will hit AppleTV+ on September 30.

RELATED: Zac Efron, Russell Crowe, And Bill Murray Star In A Trailer For A Movie About Bringing Beer To Your Buddies At War