Zac Efron, Russell Crowe, And Bill Murray To Star In Movie About ‘The Greatest Beer Run Ever’ 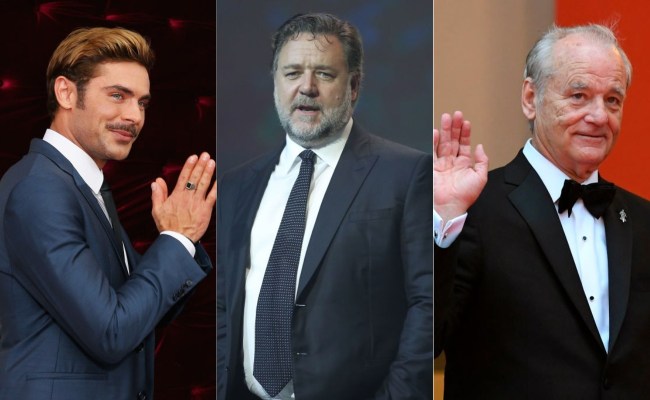 For those who complain that Hollywood has devolved into nothing more than an endless stream of sequels, spinoffs, and reboots, this article goes out to you: according to reports, Zac Efron, Russell Crowe, and Bill Murray are set to star in The Greatest Beer Run Ever.

Director Peter Farrelly finally is ready to follow his Best Picture Oscar winner Green Book. Apple Studios is in talks to finance The Greatest Beer Run Ever, with Zac Efron and Russell Crowe in talks to star and Bill Murray is being courted for a supporting role.

Beer Run tells Donohue’s story of leaving New York in 1967 to bring beer to his childhood buddies in the Army — while they are fighting in Vietnam. Donohue took a good idea to the extreme, hitching a ride on a Merchant Marine ship, then carrying the beer through the jungle as he tried to track down his three friends. Dressed in shorts and Hawaiian shirts, he was mistaken for CIA, which made his effort a bit easier. Finally, when he completed his beer run, the Tet Offensive happened. [via Deadline]

After making a name for himself in the 1990s directing quirky, slapstick comedies such as Dumb and Dumber, Shallow Hal, Me, Myself and Irene, There’s Something About Mary, Farrelly has achieved new levels of success in recent years, as The Green Book won the Academy Award for both Best Picture and Best Original Screenplay. Mahershala Ali, who starred in the film, also took home the Oscar for Best Supporting Actor.

What a plot, what a cast — these are the sort of movies the world could desperately use more of. Sign us all the way up.