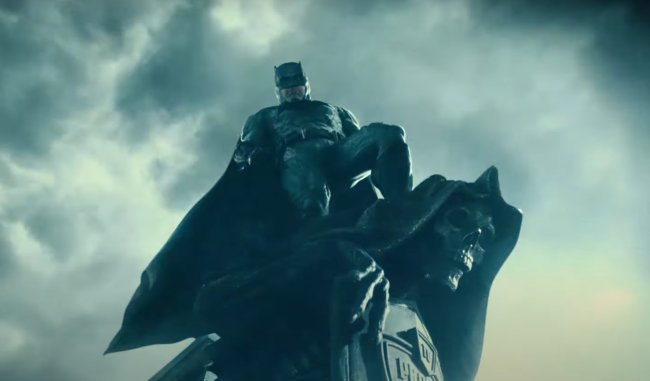 What makes speaking with actors and directors in Hollywood such a thrill for me is that they’re often fans just like you and I — fans that have just so happened to turn their passion into a career. Zack Snyder, director of films such as 300, Man of Steel, and Army of the Dead, is perhaps the epitome of that notion.

Take the recent release of the trailer for The Batman, for example: despite the fact that Warner Bros. virtually booted Snyder and his vision to the curb, the Army of Thieves producer was supportive of the franchise’s new steward, director Matt Reeves, all the same:

And that — in addition to basic common courtesy — is a result of Snyder’s fandom: just like us, he’s simply a Batman fan and wants to see Batman doing Batman things. Batmaning, if you will.

Given that his tweet gave me the opening to chat about our beloved Dark Knight, I asked Snyder what villains he’d like to see Matt Reeves take on (Mr. Freeze and Penguin were the first Gotham City rogues to pop up in his mind in that regard) and what Batman villains he would’ve brought to the DCEU had he remained in charge.

“Very much so,” Snyder responded when asked if Penguin was someone he was considering introducing in the DCEU. “Obviously Catwoman is someone we talked about and we had a Riddler concept that we talked about. Remember, The Riddler was kind of like the one who figured out the Anti-Life Equation on Earth in the spec scripts.”

RELATED: Zack Snyder Says ‘Rebel Moon’ Is Like The Krypton Scene From ‘Man of Steel’ “On Steroids” (Exclusive)

Obviously, while Snyder won’t be getting the chance to further flesh out his version of Batman in the DCEU, he remains excited about Matt Reeves’ franchise all the same, as he’s particularly looking forward to seeing Colin Farrell’s interpretation of Penguin.

“Frankly, I’d love to see Penguin — I think will be cool. I think that’s a great character and I’d love to see a version of Penguin that has an inherent camp to it. It’d be awesome to see how you could deconstruct it and make him into something crazy.”

Given the gonzo, virtually unrecognizable performance that Colin Farrell seems to be bringing to the table as Oswald Cobblepot, it certainly appears as though Snyder will be getting his wish when it comes to a new version of Penguin. Warner Bros. certainly likes what they’ve seen so far, as reports indicate a spinoff series about the character is in the works at HBO Max.

As for Snyder, while the DCEU may be in the rearview mirror, his growing Army of the Dead franchise at Netflix remains very much ahead of him, as the prequel film Army of Thieves (which he produced) will hit Netflix on Friday, October 29. Also make sure to check out our full interview with Snyder below, where we chat Army of Thieves, building an original cinematic universe, casting Rebel Moon, Batman villains we’d like to see in the future, and more.