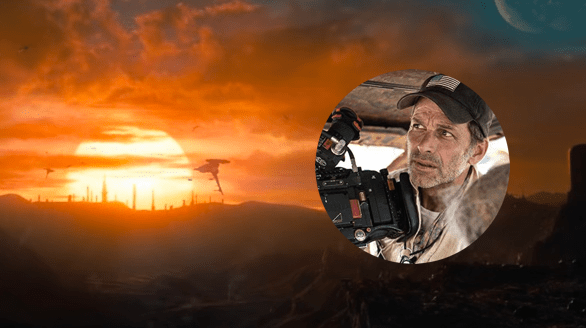 Having already helmed a Justice League film that features some of the most iconic characters in American pop culture, one would assume that the project would represent the biggest of Zack Snyder’s career. After speaking to the director about his upcoming sci-fi epic Rebel Moon, though, it would appear that the original Netflix project will be the largest of his career by some distance.

“Frankly what I’m really interested in with Rebel Moon is creating a romantic sci-fi film on a scale that is, frankly, as big as you can make a movie,” Snyder told BroBible’s Post-Credit Podcast.

“I’ve never done a science-fiction film at this scale. The beginning of Man of Steel on Krypton has pretty big sci-fi elements, but it’s still Krypton and there are certain iconographic things that you have to do. And that’s kind of what we’re doing in Rebel Moon, but on the biggest steroids I can give it.”

Given the massive scale of Rebel Moon, Snyder also confirmed that his film “100%” involves the most lore and world-building he’s ever done.

“It’s a culmination of my love of mythology and my love of giant movies and action and really just *epic cinema* — to do something that satisfies my love of science fiction motion picture,” Snyder said.

While the release of the mindblowing Rebel Moon sounds like it’s still a few years out, Snyder’s latest project, the Army of the Dead prequel Army of Thieves (which he produced), will hit Netflix on Friday, October 29. Also make sure to check out our full interview with Snyder below, where we chat Army of Thieves, building an original cinematic universe, casting Rebel Moon, Batman villains we’d like to see in the future, and more.