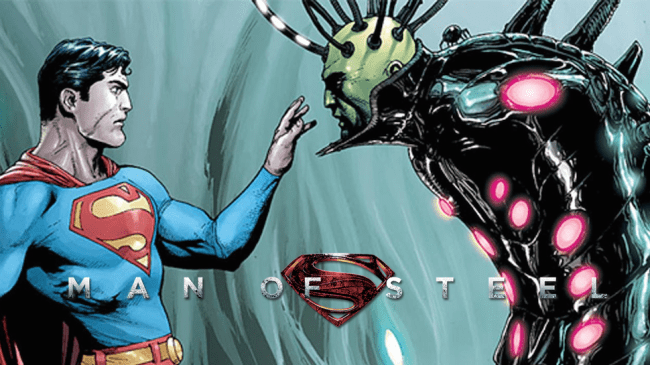 I’ve got this theory that Zack Snyder was actually never hired to launch the DCEU.

If you recall, Man of Steel hit theaters in the Summer of 2013, which meant production took place in 2012 — the same year Marvel Studios’ Avengers hit theaters. Prior to the release of Avengers, the shared universe method of filmmaking was far from a proven commodity, as the Marvel Cinematic Universe had largely been hit and miss up to that point. But once Avengers happened and grossed over $1.5 billion worldwide, the proof of concept had been confirmed and the arms race had begun: if Warner Bros’ DC Films wanted to hang with Marvel Studios, then they’d have to follow suit and launched their own share universe.

And so it was: the sequel to Man of Steel wasn’t titled Man of Steel 2 or Man of Tomorrow, but rather, Batman v. Superman: Dawn of Justice, as Warner Bros. attempted to introduce a new cinematic Batman as soon as possible, in an effort to begin building the DCEU.

But what if the Man of Steel franchise remained a Superman-centric story? What direction would Snyder have taken the Last Son of Krypton in, and what villains could we have expected along the way?

In an exclusive interview with BroBible’s Post-Credit Podcast, Snyder told us that had he made a direct sequel to Man of Steel, it would’ve not only featured iconic supervillain Brainiac, but Kryptonians who were previously trapped in the Phantom Zone, as well.

BroBible:  I want to now swing over to Man of Steel, which is a film that I love. It’s one of my favorite films of all time. I think I love it more than most, to be honest. And I actually have this theory, feel free to confirm or deny, that you were originally hired to do what Christopher Nolan did for Batman, for Superman. But what I want to ask is, if you kept going with the Superman focused film series, what villain would you have liked to do next? And rather, what about the challenges that they posed to Supes did you find appealing?

Zack Snyder: We talked about a Brainiac movie. But I do think that the Kryptonians that are in the Phantom Zone are probably still around. And there was always a possibility for their return. Faora and whoever’s left. That was a thing that was always out there that we talked about as a possible sequel. I just think it’s best to give Superman these extaterrestrial challenges because I think you’ve got to be careful with — other than Lex Luthor, because, of course, you have to continue with Lex, because Lex is his real nemesis — but I think you really have to look outside of the Earth for challenges for him because of how powerful he is.

BB: So, just to build off that quickly: JJ Abrams is producing a new Superman film, a CW show is running. It seems to be very hard to get a ton of audiences to agree on what Superman should be in a modern context. So I’m just curious, in future sequels, what would you have done to kind of exemplify how, and the ways he would work in this contemporary landscape? What directions would you have taken him beyond just these other worldly forces?

ZS: I don’t know that I would’ve taken him in a different direction than the direction I was taking him. I think Henry is a great Superman. I have a great time working with Henry, and I think that also, we endeavored to make him in Man of Steel, sort of a modern Superman in that, in his relationship to society and/or the modern world, we did that now, and like, what would happen if… And it’s kind of what the movie is about, frankly. Man of Steel‘s about, what if we really had a Superman? What would it mean? You know?

Had Warner Bros. given the DCEU time to grow organically, perhaps we would’ve gotten to see what Snyder’s true vision of the Man of Tomorrow was.

Make sure to check out our full 30-minute interview with Zack Snyder on the Post-Credit Podcast when it releases on Friday, May 14 — the same day Army of the Dead hits theaters before it streams on Netflix beginning on May 21.