Charlie Sheen Drops Bombshell About Other Stars Being HIV Positive, ‘I Know Who They Are’ 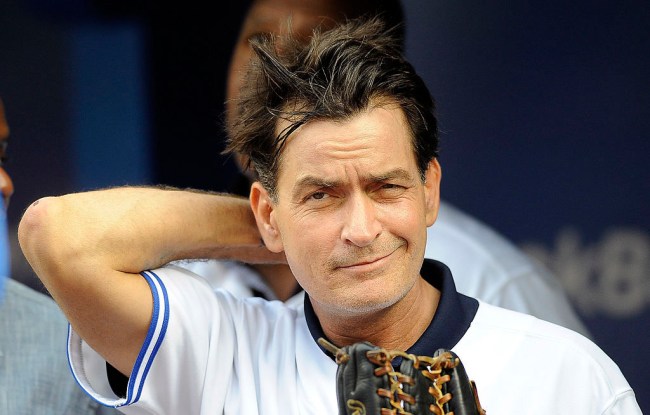 Charlie Sheen, arguably the highest profile celebrity since Magic Johnson to reveal he is HIV positive dropped a pretty big bombshell while appearing on “The Kyle and Jackie O Show” on Wednesday.

As Sheen and the hosts were discussing his HIV diagnosis, Jackie O asked him, “Do you think there are more people in Hollywood that have HIV that wouldn’t dare come out and say it like you did?”

“There are, and I know who they are, but I will take that to my grave,” replied Sheen, who announced that he was HIV positive on The Today Show back in November 2015.

Sheen also made light of his current health situation when talking about his sex life.

“Here’s the joke these days right, a friend of mine says ‘hey man how’s your sex life?’ and I’m like ‘oh it’s just fucking perfect because HIV is such a great pickup line!” quipped Sheen.

Also during his 20-minute interview Sheen covered several other topics, such as, once again, Chuck Lorre and Two And a Half Men, saying, “I made four billion for that studio, and I got fired.”

Then he had yet another message for Lorre, who he clearly still hasn’t forgiven, “The most ridiculous impostor, Chuck Lorre, I hope you’re listening. Hey Chuck: Suck my fucking butt.”

Sheen also revealed that John Travolta’s wife John Travolta once tried to convert him to Scientology, as well as what it was like to work with Lindsay Lohan on Anger Management.

“She must have had a big night one time, and we had this garbage bin on the set and the crew and cast named it the ‘Lindsay’ bin because she was puking into it.”

Then after the episode was complete he invited her over to watch it where things, as one might expect with these tow getting together, got weird. Or well, weirder.

“Either I outdrank her, or she outdrank me, and all I know is, she tucked me into bed and said, ‘sleep well, sweet prince,’” recalled Sheen.

To which host Kyle asked, “So there was no, you know?”

“Nope, that was it!” replied Sheen.

What a life this guy’s led, huh?