Alleged Details On The ‘Star Wars: The Last Jedi’ Trailer Have Leaked And It Sounds Absolutely Tremendous 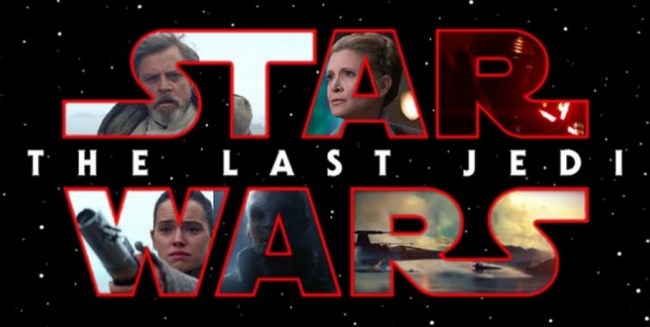 There is so much hype for Star Wars: The Last Jedi that even the teaser trailers are being leaked or someone who has entirely too much time on their hands is writing a fake teaser trailer, which would not be shocking whatsoever. The long-awaited first trailer for Episode VIII isn’t expected to be unleashed until the Star Wars Celebration in Orlando which is from April 13 – 16, 2017. And even though that’s two months away, it hasn’t stopped predictions and alleged leaks of the Episode 8 trailer.

Mike Zeroh, who has a history of breaking Star Wars spoilers, came across a post that was an alleged leak of the premise of the trailer’s premise on 4Chan, but was quickly taken down. The post has shot-by-shot details of the upcoming trailer, but again nothing is verified so this is merely a rumor.

According to the post, the first Star Wars: The Last Jedi trailer will begin the same as The Force Awakens, with Finn (John Boyega) waking up from a “nightmare/coma.” Finn is sweating and inside a medical bay.

The next scene is pilot Poe Dameron (Oscar Isaac) rushing into a room on a ship and saying, “They’re here.”

The main scene from the trailer is a man in black (rumoured to be the role Benicio del Toro is playing) firing on a “procession of mourners” in a city, with Poe, Finn, a new character (played by Kelly Marie Tran) and BB-8 looking shocked (or as shocked as a droid can look).

The screen then goes black, and Princess Leia (Carrie Fisher) says “their shadow is growing.” Then who steps out of the shadows but none other than motherfucking Supreme Leader Snoke (Andy Serkis). The 8-foot-tall character will not be a CGI creature, but rather done with practical effects. He is in a dark room with General Hux (Domhnall Gleeson), who he towers over. Snoke asks the general “Is he alive,” and Hux replies with the answer of “barely.” To which Snoke replies with the cheesy line of, “Good. The time has come for a family reunion.”

From the IB Times:

The music up until now is dark, and it becomes upbeat from here. Finn bursts into a meeting between Leia and her advisers, and screams “they’re back.” Leia isn’t surprised. The next shot is that of the Millennium Falcon flying out into the sky from under the waves of a sea. A lot of TIE fighters swarm in space.

As Stormtroopers are retreating and yelling, “It’s the Jedi.” They all run away except for Captain Phasma and there is a sound of the lightsaber igniting, and a blue flash across her silver helmet.

You will not see Luke Skywalker (Mark Hamill) in the trailer, but he will lend his voice and ends the trailer by saying, “everything will die with us.”

Even without Luke, Rey (Daisy Ridley), and Kylo Ren (Adam Driver) this sounds like a glorious first trailer and April can not come soon enough.

Star Wars: The Last Jedi smashes into theaters on December 15, 2017.