What…The F*ck…Is Going On With Gigi Hadid’s Alien-Looking Hand On This ‘Vogue’ Cover? 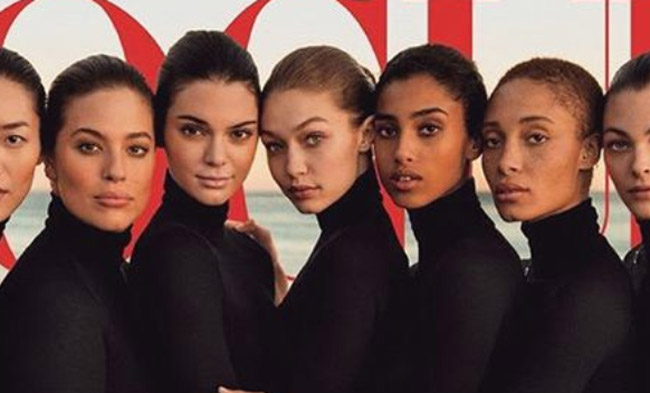 So there’s a new issue of Vogue out in which they got a bunch of models together to hug each other on the beach representing… something, I don’t know.

Some people are bent out of shape about it because they say that plus-size model Ashley Graham was the only one with her hand down, supposedly hiding her leg to make her look thinner. They were also upset because, as you will see, the models in the photo are, well, they’re not exactly diverse in ethnicity.

.@voguemagazine love this but I'd love it more if @theashleygraham wasn't the only one who is covering part of her leg 🙄 #allsizes

None of that had really occurred to me though because all I can see when I look at the cover is Gigi Hadid’s completely fucked up hand. 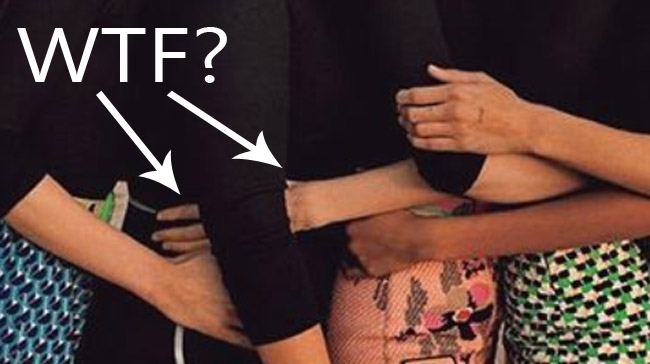 Uhhh… thaaaaat doesn’t look right. Maybe Gigi is really just a clone and had some kind of malfunction when they snapped the pic?

Listen, I get it, magazines use Photoshop on photos. But c’mon Vogue… surely you can do better than a Lindsay Lohan-level shop job on your damn cover, right?

Needless to say, the internet was ALL OVER this epic fail…

Um is it my eyes being weird or is something weird going on w Gigi's hand?… @voguemagazine pic.twitter.com/HLZHHqfbV7

@voguemagazine why does gigi's arm look like it was stretched by a laffy taffy machine……. pic.twitter.com/PZS1Fkchsq

WHAT DID YOU DO TO GIGI'S HAND 😭 @voguemagazine pic.twitter.com/NREsBqwIKJ

uhm can we talk about Gigi's hand tho? #photoshopfail #vogue pic.twitter.com/qYHYOlDwpQ

The cover of March 2017 @voguemagazine. Can we please stop with the aggressive photoshop? Look at Gigi's hand/arm… pic.twitter.com/3tqppySyaz

retouchers must really hate Gigi Hadid WHAT KEEPS HAPPENING TO HER LIMBS pic.twitter.com/2zJBupYvLV

@voguemagazine and @GiGiHadid's extra long arm/hand… can we photoshop right at least once please?! There was no need btw 🤦🏻‍♀️ pic.twitter.com/yALuAQAYAu

you know, by now I was SURE everyone knew how to use photoshop. come on @voguemagazine! 😑 https://t.co/JjZbV3giFb

Gigi's hand on the #Vogue cover just fully made me LOL.

Well, at least they made someone laugh, right?