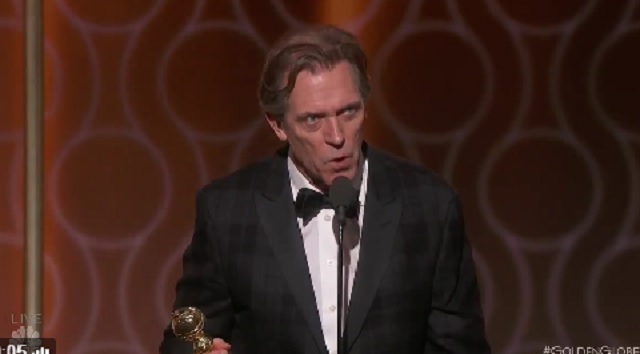 On Sunday, Hugh Laurie won the Golden Globe for best performance by an actor in a supported role in a limited motion picture or series made for television.

During his acceptance speech, Laurie took a not-so-subtle shot at President-elect Donald Trump when he joked this might be the last Golden Globes because they run by “Hollywood Foreign Press”, all of the things Donald Trump hates.